This could be it.

The geneticist just called me. He said the last batch of testing yielded significant results. He is pretty sure of KayTar's diagnosis. I think I almost died. DIED. I'm shaking. Seriously. You hope for an answer every single day, and then you get test after test after test that come back normal or abnormal without any conclusive answer and you stop expecting an answer. Then it happens and you freak the hell out. I was talking to him and making notes while periodically covering the phone and whispering "Holy shit! HOLY FECKING SHIT!" while jumping up and down.

He thinks she has dopa responsive dystonia. I was freaking out so I can't remember the exact findings, but they were evidently convincing. He said it explains her brain abnormalities, her delays, and her episodes. He said it is treatable and you see results in just a few days. Kids who can't walk, suddenly can in a matter of days. Kids who aren't talking, suddenly are talking in a matter of days. The treatment makes a huge difference. I AM FREAKING OUT! Holy crap. This might be it. The answer.

She has to go in for another lumbar puncture, because they have to make sure it wasn't a lab error, but this could be it. It might be it. This is the first time someone has said, with any medical certainty, that they might know what she has. He also wants to do a gene study. He said 80% of cases test positive for a mutation, but that means 20% do not. So, the CSF test is to confirm, the gene study is less important, but could be informative. It is still a maybe, but he feels so strongly that this might be it that we have a genetics appointment on Thursday. These appointments are booked 8 months in advance and we got one for two days from now, just like that. The geneticist himself called me, that doesn't happen. There are genetic counselors for that. He called so quickly that he beat the counselor to it and she had no idea he had already called!

I don't even know what else to say. This might be it and I cannot believe it. I didn't know if we'd ever get this close and here we are. It is so surreal. This could be it. We might be done searching. We might actually have an answer.

PS: After the appointment, I'll give you the run down of what exactly it all means, but I couldn't wait that long to get this posted. Make sure you check out the post below this one for some fun photos of Josh and I.

ETA: The comments on this post are the text equivalent to a room full of friends jumping up and down and squealing in excitement with me. It was exactly what I needed. Thank you guys so much. I'll let you know what happens tomorrow. 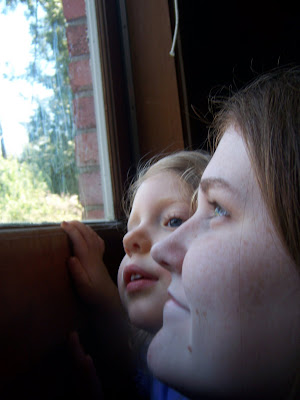 YOU SEE RESULTS IN ONLY A FEW DAYS OF TREATMENT?

I can't believe it! Jumping up and down over here! Woo-hoo! The. best. news. ever!

Ooh, I hope you get your answers. Fingers crossed.

My stomach is already in nervous knots for you. Wouldn't that be un-freakin-believable-awesomeness?

I can't believe it either Kayla! And the geneticist called you himself even! Okay, breathe....

I've been following this and just had to tell you how happy I am for you to be able to get results soon. Fingers are crossed.

I hope everything goes well, I'm glad you are finally getting answers!

this is AMAZING! I am knocking on wood and crossing fingers.

I so hope that this is it! I would hope that they wouldn't get your hopes up if it wasn't pretty close to right.

What?! Seriously, what? I can't imagine the butterflies you have right now. Good Luck!

WAAAAAAAAA! Are you kidding me? I actually shaking, I am so excited. Girl. I am praying.

Oh my god. She could be showing improvement in just a few days?! That would be totally amazing!

I hope they're right. I really do.

Can't wait to see you on the other side of the moon! THRILLED doesn't even come close to describe this!

Kyla that is AMAZING.
Not just answers, GREAT answers.
wow.

oh honey..i am SO happy sitting here looking towards you, SO HAPPY FOR YOU.

*tries not to burst into dance*

* Good with adequate and early treatment

This is great news. I don't know what others have said but you guys have done so far what the medical journals suggest.

This maybe a better prognosis than what others have suggested. If so there is hard work ahead but your family has already taken the bull by the horns.

I know what it feels like, Kyla. If you want to talk then e-mail me and I'll shed some light on the feelings, grief, and moving on. We'll give you our number. Call collect. My wife tells me to say she'll be glad to talk with you too.

I know this seems very difficult but at least you now might know what your are facing. We love you guys!

OH MY GOD, Kyla. I am breathless with this news. OH MY GOD. Keep us posted at every step of the way.

And don't forget to breathe.

I am also jumping up and down for you!!

This is absolutely amazing news. An answer. A possible fast improvement.

Oh, Kyla...I'm crying for you. For answers and relief and more answers and a treatment that will work for everyone in your family. And for medical staff who love you so much that they call you themselves!

OK, now I am just popping back randomly to make sure all your friends have seen this post. Seriously, I am giddy about this. Oh please let this be it!

WHAT!?!?!?!?! Oh my gosh, Kyla!!!! Goose bumps everywhere...my eyes are so blurry...I'm so excited for this possibility. And improvement in a mere matter of days...unreal. UNREAL.

I can't believe you get to go in again in just 2 short days.

I am so thrilled, Kyla. Woo hoo! Big hugs and high fives all around.

Wow!! What awesome news. I hope at your appointment they're able to start a treatment that will help immediately. Just think about all the exciting stuff Kaytar is about to do!

I read this earlier and didn't have a chance to comment - WOW! How exciting!!!! I've been thinking about you guys all day long.

Fingers crossed that you get your answer and that treatment really does do some amazing things. I can't even believe that last one!

Wow. I think we are all gob smacked! [unable to respond verbally in a meaningful manner!]
Fingers crossed.

UNBELIEVABLE. Huge. This is huge. I can't wait to hear how the appointment goes. Wow.

You've been on my mind since the dream post the other day. I'm continuing to pray for y'all.

I'm nervous for you. I hope it helps.

This is AMAZING exciting news!

I'm sorry I haven't been around. I only took the time to come by because Mad told me to...

such wonderful news!!! I'm so pleased that you have an answer!

This is huge!! (I saw this yesterday afternoon, and went to comment immediately, but I guess I got sidetracked in trying to collect my thoughts because I discovered the browser still open this morning. Sorry.)

This is truly momentous news!!

I'm jumping up and down along with you!!!

Wow! I hope that this is indeed your answer.

I am tearing up with happiness for you. A matter of DAYS? Oh this is wonderful news.

You know, I saw a special on Discovery Health about this! I've seen the results. It's amazing.

I can't wait to hear.

I came to you from Ben & Bennie. I can feel your excitement. I can see myself acting the same way! OMG, treatment?? OMG, fast results?? WONDERFUL news!!
My little guy has PKS like Ben does.
Praying for you--and staying tuned!
Gretchen
www.simonpeters.org

Oh my god!!! I have tears in my eyes I am so happy for you. Can you hear me cheering from all the way up north!

Hugs to you. Fingers and toes crossed
xoxox

Oh my goodness!! Yay!! I am so happy for you and your family. I hope this is it. I will say a prayer.

Oh KYLA! I'm so excited for you that I have actual tears in my eyes over here - wowowowow.

I'm bawling tears of hope and joy here at the office! To finally have some answers, and, better yet, the possiblity of effective treatment--well, it doesn't get any better than that. Know that thoughts and prayers for you and your lovely family continue.

I am so, so happy for yall! So happy!! I hope this is the answer yall have been waiting and searching for. Tomorrow can't come soon enough.

Sending prayers for your sweet Kaytar!!

Oh my gosh! I just came over here from Beck's site and read this. That's wonderful news! Obviously I don't know the whole story but I wish you all the best.

Wow, you have a lot of people jumping up and down with you. Count me in. I can't imagine how it must feel waiting so long for a diagnoses. It must be a relief to have a name for it.

That is amazing news. FINALLY an answer. I am so excited for you. This is the best news.

Wow Kyla! I hate that I'm so late in hearing the great news. This is just unbelievable! I can't imagine the excitement at your house right now. Results in only a few days? That is better than anything I even hoped/prayed for. I can't wait to hear more. I'm so happy for you!!!!

Hallelujah!! Can't wait to hear the results of the next tests!!

Okay, I'm late to the yay-for-hopeful-nswers party, but yay! I'm so happy for you and thinking good thoughts your way : )

Oh Kyla, I have no words. And I'm trying to catch my breath.
*Phew*
Okay. That there's even a possibility, let alone a STRONG possibility that this is it, is the best news that I've EVER heard Kyla. I know exactly how it feels to get used to having NO answers, that you learn to protect yourself by accepting that you might never know. We still don't know so much about Bugga, that to get even one piece to the puzzle is so exciting.

Kyla, you, Josh, BubTar and especially KayTar deserve so much to know that this is it, and that it's treatable. You deserve this so much. I'm going to wish it so. I'm talking to whomeverIbelievein aaaaallllll night tonight, and aaaaaalllllll day tomorrow. Everything is crossed for you.

Everything crossed here for you! Update soon, please!!!

OMG I totally have chills reading this! I am so excited and I so hope he's right, especially considering what it might mean in terms of treatment. Holy hell, Kyla, I am bouncing up and down and I can't WAIT for you to hear! You must be just in a fog, if I am this excited from afar!

Jump jump jump! Oh, Kyla how exciting! I can't believe I wasn't here sooner to jump up and down with everyone. Fingers crossed!

And you totally deserve one.

Look at you! Beautiful girls.

happiness and hope coming your way! I am thrilled for this ray of sunshine.