The weather is finally tolerable here, at least in the evenings and mornings, and so tonight KayTar and I decided to go out for another early evening walk. Yesterday's was such a big hit, I'm still hearing about it. "See cat. Where cat? Cat! Meow!" You'd think she'd never seen a cat before, but I guess repeated exposure doesn't make them any less marvelous to admiring little eyes. Perhaps it is the elusive quality of cats that draws children in, they are frequently in sight, but rarely in reach. Dogs on the other hand are all too accessible. BORING. When we were in the hospital last time, they brought dogs around for pet therapy and KayTar would have none of it. "No dog! Bye!" in her shrill chirp. I think she would have preferred feline visitors. 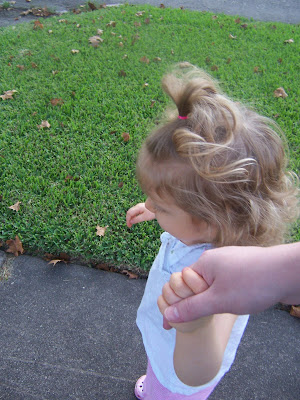 We looked around for orange kitty, but he was out carousing. The breeze was blowing and the sun was just warm enough, so we walked back home to invite Josh and BubTar to accompany us to the nearby park. It feels like it has been months since we've been outdoors, like the camping trip was our last hurrah and we've been snowed in since then. Instead of being trapped in the house by the external force of snow, we were trapped indoors because of the internal force of illness. It was so nice to feel the sunlight on my skin. KayTar made it three or four houses down the block before descending into the grunt-like breathing that signifies she is having trouble getting enough air. I had to scoop her up against her will and carry her the rest of the way. 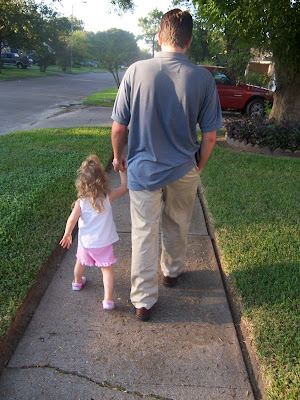 Last Thursday she started having difficulty breathing, she was grunting every time she took a breath, her skin was retracting around her ribcage, she couldn't manage to drink her bottle and keep up with breathing simultaneously. We watched it on Thursday, because her color was good and we saw a bit of improvement after naptime, but she wasn't doing good enough by Friday for us to chance the weekend. The pediatrician said she was wheezing and her left lung sounded a bit worse than the right. She gave us a script for an inhaler and spacer mask and KayTar has been taking 4 puffs every 4 hours. The first four times she took it, she emptied her stomach all over me, but now she is an old pro at it. "Messin time? Count!" Because we count her breaths while we hold the mask on. She plops into her Baby Papasan willingly and takes her medicine like a big girl. It has made such a difference, not only with the apparent breathing difficulties, but at night, too. She is finally not coughing until she vomits at night, and she is going to bed at a decent hour again. I hate to think she's been having breathing problems for a month and I only just caught on. Ack. But she is sounding better now, so that is what matters, I suppose. She still sounds junkie in the morning and anytime she exerts herself, but for the most part she is doing well with it. I think we overdid it by going to the park, because in spite of the medicine, she's been having a rough go of it this evening. She has been coughing and grunting quite a bit, even though she had just had a dose of medicine an hour before we went outside.

We had a good time at the park, lots of swinging and sliding. We stayed just long enough to get a quick fix and then headed home. Even though, it was a bit much for KayTar, we still enjoyed it. Just being out in the sun together for a bit felt good. It felt healthy, even though we aren't quite there yet. 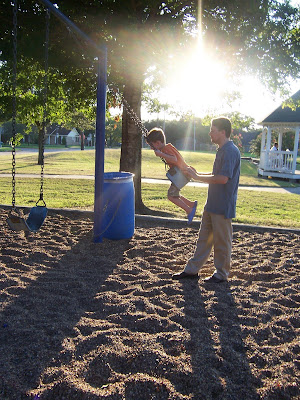 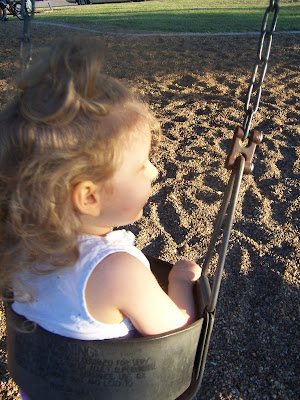 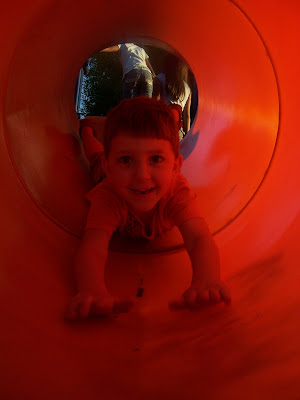 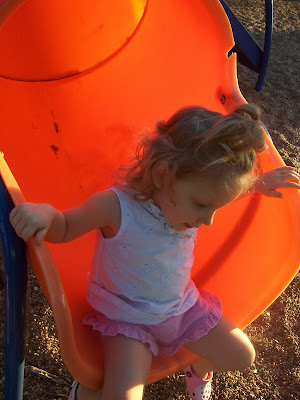 These pictures are lovely and I am so glad to see a glimpse of happiness in them. I hope Kaytars new medicine is just what she needs.

Don't beat yourself up for not knowing she was having breathing difficulties, it sounds like she doesn't have typical symptoms and she can't tell you.

Glad to see you made it outside, sunshine and fresh air are wonderful healers. At least that's what my mum always said.

They are all so beautiful, and KayTar is getting such adorable, long-enough-to-put-in-a-ponytail hair! I love it.

More good to come and good weather too!

what gorgeous pictures to go along with a trying story.

How easy it was to take breathing for granted until M couldn't do it on her own very well.

And hey, DIG the new header.

I, too, prefer feline visitors. And I have to say, Kyla, I'm feeling you today - I'm in time-to-see-the-experts panic mode, so let's just say that I'm more in awe of you than usual, even.

I was glad, too, to see those pictures--sometimes a little outdoor air can be the best tonic, hard though it might have been for little KayTar.

Great photos! Glad to see everyone doing so well.

that sun will always work its way into life, even when it seems so dark.

Just got caught up again. I am so glad you got out to the park even if the trip did test Kay-Tar's limits. The whole family needs to have its spirits lifted and what better way to do that than a trip to the park in the setting sun?

Looks like so much fun! I am so glad you got to have a nice evening. I also LOVE your new banner.

Ok first off I kinda know how you feel. You just have to get outside. Its healthy. What is the alternative ? I take my girl for a walk every couple of days even though it wrecks our continuous feeding schedule because she needs to be outside and I need her to be outside. Doing 'normal' family stuff is very important to everyone's mental health even if it means some setbacks. You have to do it.

That park looks so cute. Where do you live Perfectville? Look at that bandstand in the background people.

As for the breathing stuff, like Deb you cannot beat yourself up. I'm trying to learn this lesson too. Even though you worry something is coming there is nothing you can do to prevent it, you just have to deal with it when and if it happens.
You're a champ Kyla.

Love the pictures, and her hair in that little ponytail is precious.

I'm glad the medicine is working.

Ben had a very long bout with pneumonia when he was four, and it took something like three months for his lungs to recover fully. There was an insane amount of coughing after the fact, I remember. And his doctor told me that the coughing happens because as the lungs heal, something or other in there tickles. (He said it more eloquently and medically than that!)

I hope your days continue to be beautiful and sunlit.

Fresh air is my cure-all for any ill. I hope it does the same for you.

KayTar has the most gorgeous curls. Loving her hair, right now.

The fresh air sounds like it did wonders for your spirit.

Ah, I love the sunlit park at the end of summer pictures... lovely.

She is such a champ.

(And mine looooves doggies, perhaps because they tickle her with their snouts and because we don't have one, so they are novel, or perhaps because her lovey is a little pup.)

Those walks, though exhausting ultimately must be good for all of you.

Those are some terrific pics!
I especially love the one of Kaytar and Josh walking. Very sweet.

I am glad yall got to get out. And YAY that the med is working !!!

That is a really cool picture of daddy pushing the swing with the sun setting in the background!

Glad you all had a nice evening, and that Kay Tar is breathing better.

A little respite at all in the house of plague?

Oh girl I do hope the new meds are the elixir.

Kyla, does Kaytar get nebulizer treatments? We use an inhaler on Ben as well but those daily nebs really keep his airway clear. They also don't seem to be as hard on his stomach when he's congested.

Oh my heart broke that you had to scoop up the little walking girl.

I second the nebulizer question.

I also question your idea of OKAY WEATHER. It's still FREAKING HOT AS HADES!!

Ooooo, I really like the tunnel pics, so cool!

Im so glad Kaytar is on the road to recovery. I think cats are cooler too. Í like their mystery too.

I know how much you guys needed this. So glad you had an enjoyable time at the park. Hope you get to do it more and more!

Gorgeous pics! I especially love the one with the sun and Josh and BubTar's long shadows.

(And about your last post -- I think a lot of genetics and other factors are beyond our control. We can't start taking responsibility for all that or we'll go crazy... it's a big enough job just to parent our children through whatever comes up.)