Yesterday went exhaustingly well. I don't really recommend a triple header with a two year old if you can help it. She really was a champ, but it gets exhausting when you have to be in dancing monkey mode for 8 hours to keep her from bottoming out. Every time a doctor entered the room she said (in a small, achingly sweet voice), "Bye bye." There were many tears throughout the day, of course, because she really does not care for doctors or their efforts to examine her. After the pediatrician examined her, she stopped her sobbing and exclaimed "Yeah! I deeeee!" (which means, "Yay, I did it!") and allowed the doctor to hold her for a minute without screaming, which was a nice change. I always feel badly that their interactions are so strained (and by "strained" I mean KayTar screams the entire time) because the pediatrician is amazing with her and go so far above and beyond for us. She really does care about her, and I wish KayTar didn't spend the entire appointment shreiking at her. One of these days maybe. Oh, but she doesn't hate her outside of the clinic, so she knows it isn't personal. :) Anyhoo, it was a long day, we were goen from 7:30 to 5:30. That coupled with the lack of sleeping just wore me out. I took a nice long nap after we got home and still went to bed on time. It was a nice end to the day.

Here are the results:
Ophtho: She doesn't have any retinal scarring (yay!), but there is still a possibility she could have vision issues in the future. We're good for now, though. :)

Pediatrician: Her ears and throat look good. Maybe it was residual headaches or something else altogether keeping her awake and crying, but she is in good health. She has gained weight since her last visit despite her not so great eating and drinking of late, so that was reassuring and made the appointment worthwhile.

GI: Evidently, the brain issues and developmental delays cause a problem with the brain/bowel communication. The reason she didn't have these issues for her first year of life is the bowels are self-sufficient at that point, they automatically empty. At about 1 year that changes and it is generally when people notice a problem. So, he said she will be on the Miralax for quite a while longer, and any potty training will be pretty delayed. We need to go back in a few months for a recheck.

On the sleeping front, she went to sleep like a dream last night. Of course, she had been out all day and had missed nap, but she slept! :)

Here are the photos as promised. I didn't take very many and even fewer turned out well. Oh well! 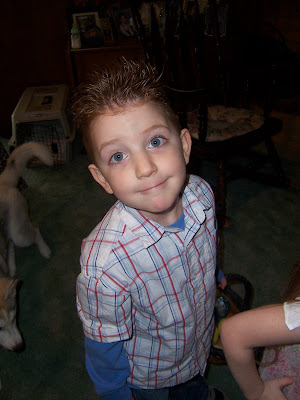 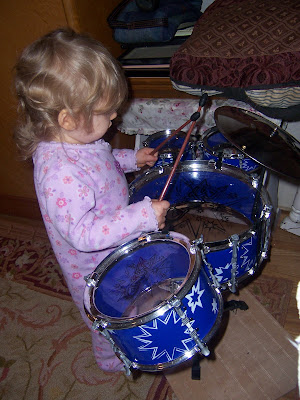 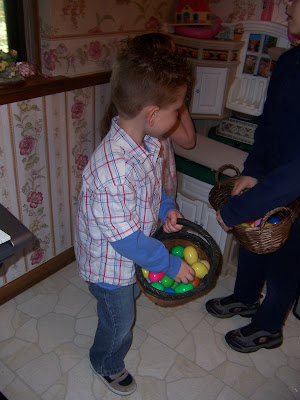 Also, I had my camera all along. Once I realized that, I also realized how many photo ops I missed during our Doctor-palooza yesterday. There is an awesome play structure at the Children's Hospital on the GI floor, and KayTar had a blast. It would have made some pretty pictures.
Posted by Kyla at 11:29 PM

That sounds like a crazy day but with some good info gained. :-) Also, cute pictures.

Can you believe no MamaPop for a week?!?

How gorgeous are they? TOO GORGEOUS.

At least it sounds worthwhile with some info/answers...good news.

Listen, you ever want someone REAL familiar with the brain/bowel and long-term Miralax experience, let me know. I'm here. And I have a friend who makes me look uneducated about it.

Glad you got some rest for you, and glad she got some fun with the play structure.

What a beautiful pair of kids you have!
A whole day of doctor appointments. Bleck.

Hey Kyla! Still getting caught up on my blog readings. I'm thrilled for the great doc news! I do know how exhausting those "doc days" are. Keep up your spirits despite the "32 Day" event. One out of 32 is pretty darn good!

It sounds like she held up pretty well at the doctors considering it was such a long day. I'm glad you got some positive answers...

I don't envy your long doctor day. That had to be so hard. KayTar is such a sweetie though to put up with everything as well as she does.