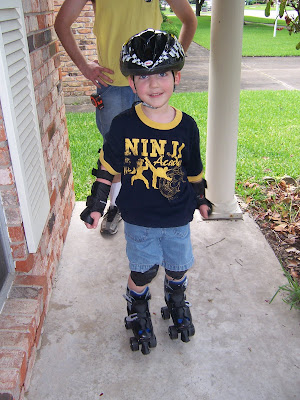 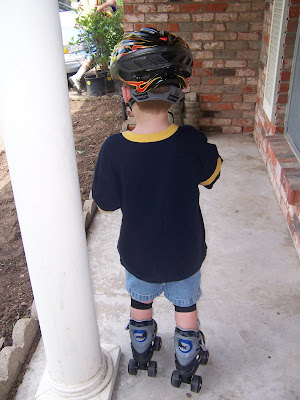 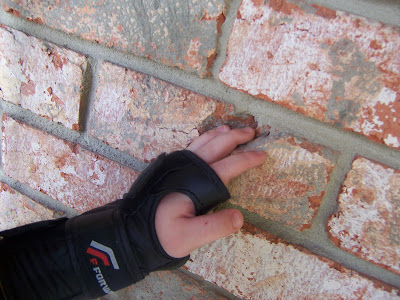 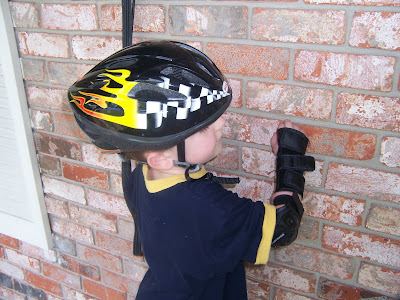 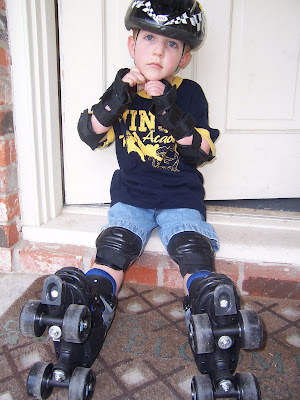 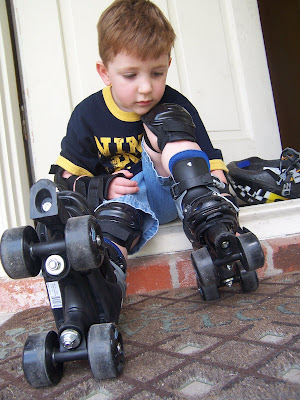 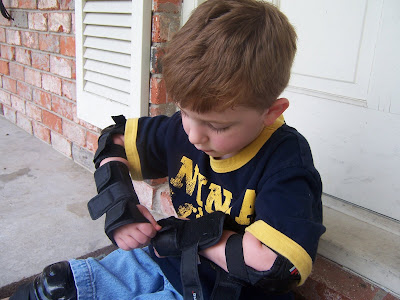 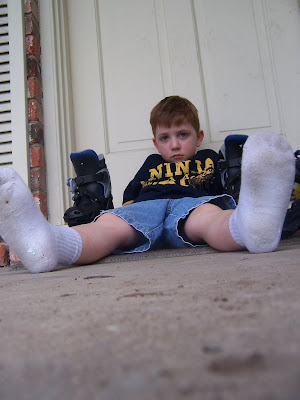 These are GREAT photos!!!!

You're a really good photographer, Kyla.

Oh the series of the last four. Geez those are priceless!!! That's print out and frame worthy...as the series.

Where did you get the helmet? And do they make them for 2.5 year olds?? I'm having a devil of a time finding one for tricycle-riding.

Aw. Wasn't a successful outing, I take it?

i love the one of his hand. and the last one is priceless. nice seeing a tiny glimpse of you too.

NoMo: It was a gift, but I think it came from ToysRus, and they do have toddler sizes, although I don't know if they have the cool flames. :)

Sage: It actually was! Josh (yellow shirt in the background) had taken him down the sidewalks for a bit while I was in the house tending to KayTar. When I came out and just caught the tail end of the skating. He sure was tired at the end!

Nice photo series, I really like that last shot.

great photos indeed, and just how I feel at the end of a day!