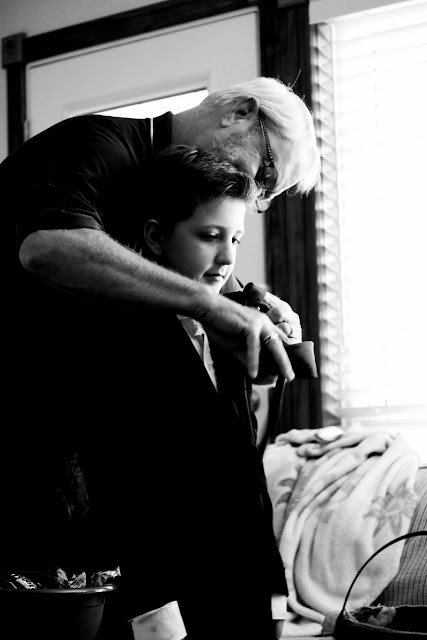 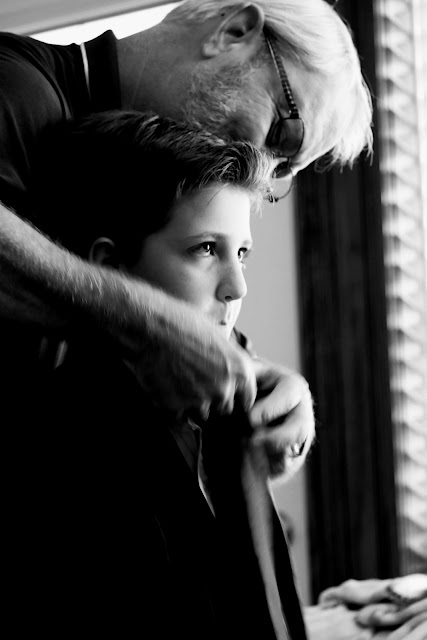 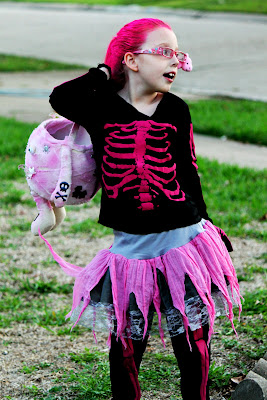 And a couple of short stories, too...
One day at lunch, KayTar pointed to one of her classmates and said, "He used to have the most handsome hair, but he got a haircut and now he's got nothing. It used to be handsome and wavy, wavy like the sea!"
***
KayTar has been working on her handwriting this semester in OT, using the Handwriting Without Tears program and Abilitations Hi-Write paper. One day (waaaay back in October), KayTar showed me one of the letters she had written and I said that it looked good enough to marry. She thought it was SO funny that she kept trying to make her other letters look good enough so I would divorce the letter Z and marry one of them instead. In fact, she still plays this game with me during handwriting time. It has been surprisingly good motivation!
Posted by Kyla at 4:37 PM

"...and now he's got nothing." Seriously, one of my favorite KayTar one-liners yet. :)

Love the b/w of BubTar and your dad. He will treasure those when he is older.

Honestly, KayTar is going to be a comedian when she grows up! You certainly have good-looking kids. Smart, too! The pics are beautiful - I can't believe fall is already behind us (time flies)!

I know I've said it before, but I just love love LOVE your pictures!!!

I have just a few random questions...

1. KayTar's hair is SO LONG. Does she ever wear it down? It's up in most of your pictures unless she's at the hospital undergoing a test or procedure.

2. What did you put in KayTar's hair to make it pink for Halloween?

3. Did BubTar make his own Halloween costume? I thought it was quite original.

My interrogation is completed.
:-D