It started months ago. KayTar got the idea in her head that she wanted a "pretend car" to drive around. From that point on, she mentioned it every day. Not in a whining or begging way, just in a "In case you forgot..." gentle reminder way. Every day. So Josh and I started entertaining the idea..but you guys, those cars are expensive! Like, more than the entire budgeted amount for KayTar's Christmas gifts kind of expensive. So we didn't really think it was going to happen, but for kicks, we started checking in on Craigslist to see what the secondhand ones were going for. It was kind of dismal, the affordable ones were in crap condition, having spent a lot of time outdoors in disuse. We even went to see one in our price range, but the battery was pretty much dead and the car was rough. Drat. 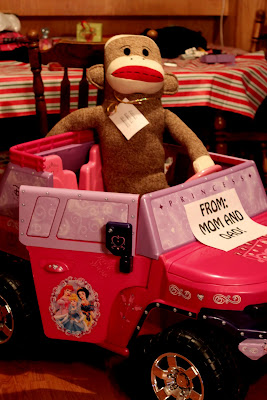 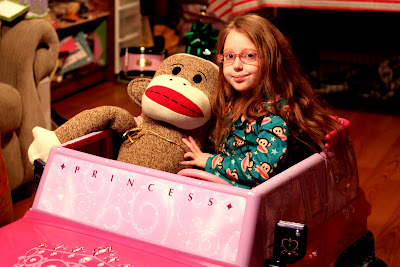 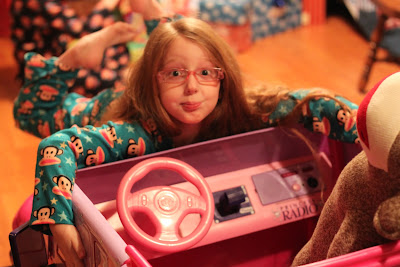 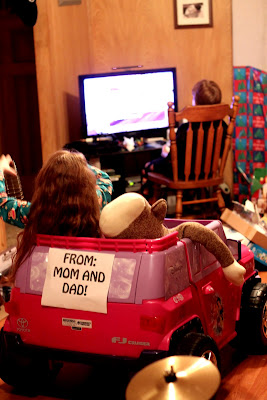 Then one day I got on Craigslist and refreshed the page and a new listing popped up. Reasonable price, like new condition. Pink, convertible-like...just like she wanted. I emailed the guy immediately. I had Josh call him and leave a voicemail about coming by to see it on his way home from hunting. He didn't get back to us until the next day, though. When he did, he said, "I've already gotten a lot of messages about the car, but you and your husband contacted me first, so you have dibs on it if you are interested." Josh drove out to see it and bought it on the spot! It was perfect! Sooo, we've been sitting on the car since OCTOBER! It has been killing me every time she asked about it...and she never stopped asking about it. She was sure Santa would bring her one. Well, he didn't...but only because we beat him to the punch! ;) 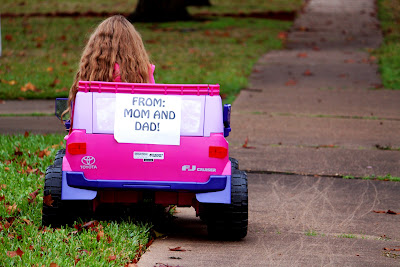 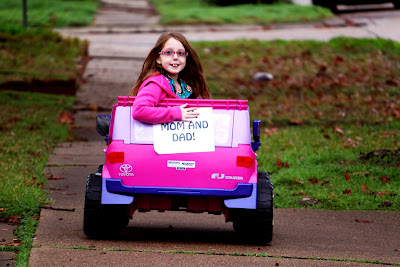 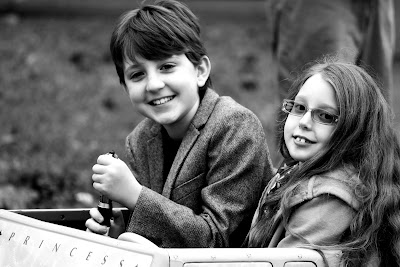 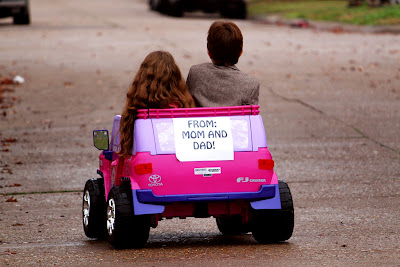 On Christmas Eve, I was so excited that I couldn't sleep. After months of waiting, she was finally going to get her wee little heart's desire! Amazing! :)


Make a video - it's fun, easy and free!
www.onetruemedia.com
She loved it at first sight and continue to love it. She drives it back and forth in the living room and loves to drive it up and down the block. It gives her the kind of freedom other kids her age can have on a bike or scooter or skateboard or roller-skates. She can't really do any of those things yet...but she sure can drive that car. And she loves it! I am so, so happy we could give her her dream for Christmas this year. Hooray for Craigslist! 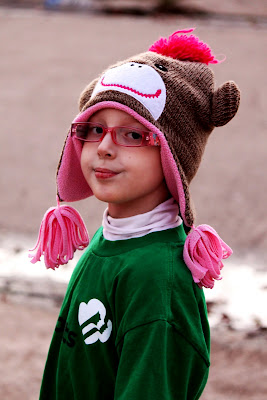 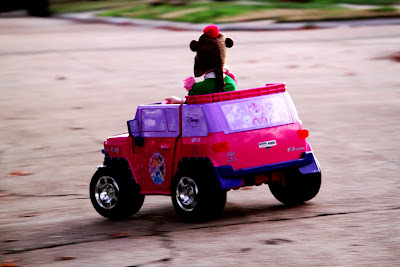 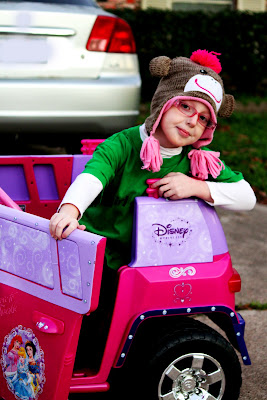 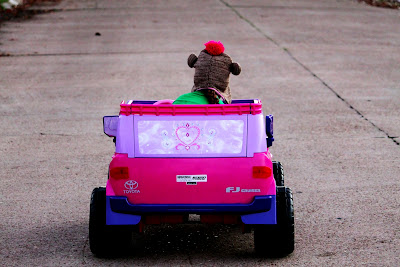 Cutest thing ever! What an awesome find.

How awesome is that! I'm so glad that KayTar got her car, and she looks so SWEET behind the wheel!

Love the pictures! It's so great that BubTar enjoys hanging out with her, even to the point of riding in her car with her. My brother wouldn't ride my pink big wheel when his was broken. *lol*

Have a Happy New Year!