One night, we went to dinner with my parents and KayTar asked my mom if she was one of the pilgrims. The original pilgrims.

I heard from a friend that a local high school was looking for boys BubTar's age to be in a production of Oliver! so I took him in for an audition. KayTar was there, too, and seeing her interact with the directors was like watching someone find their tribe. They just ate her up! She ended up getting offered a role, too. She told the director, "I don't want to slip when I'm jumping, so you should probably put me at the top in the middle...with a spotlight, so I don't trip in the dark." He laughed so hard and said, "That is the best! I'm going to use that excuse the next time I'm going to be on stage, so I can be center stage with a spotlight, too!" The other director told her that her full name was very queenly and that it would be a great name to have if she ever married a prince. KayTar said, "Oh! I'm planning on that. But I'm going to go to school as plan B." It was hilarious. On the car ride home, she said to herself, "Oh my gosh! I can't believe I'm going to be in a high school musical...and then maybe, A MOVIE!" (On a serious note, I didn't go into any of her medical stuff with the directors, but I will when the practices get closer. I'm hoping she will have the energy to do this, because she wants it so much! She knows that we'll have to play it by ear, though.) 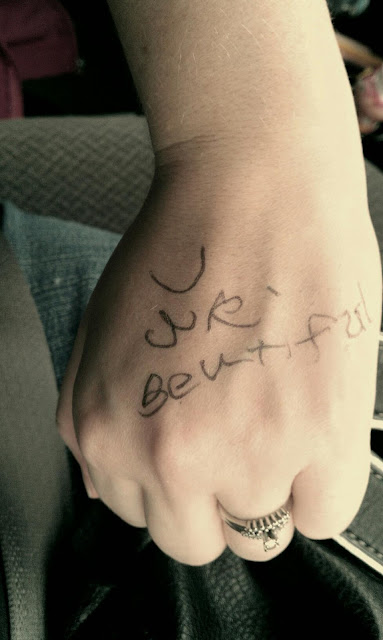 BubTar wrote this description of us for his autobiography at school. I saw it posted in the hallway and had to snap a picture. It is the most awesome thing ever.

****
The morning after Thanksgiving break, BubTar told me, "My body was being a jerk this morning. I kept telling it 'Get up! Get up!' but it wouldn't listen." We've all been there, haven't we? 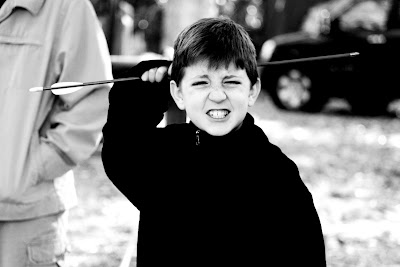 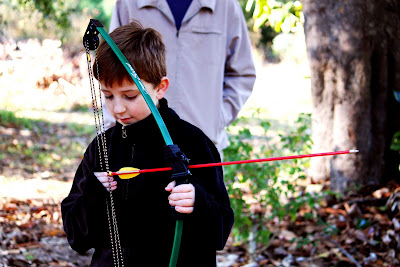 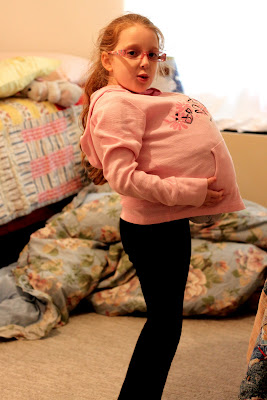 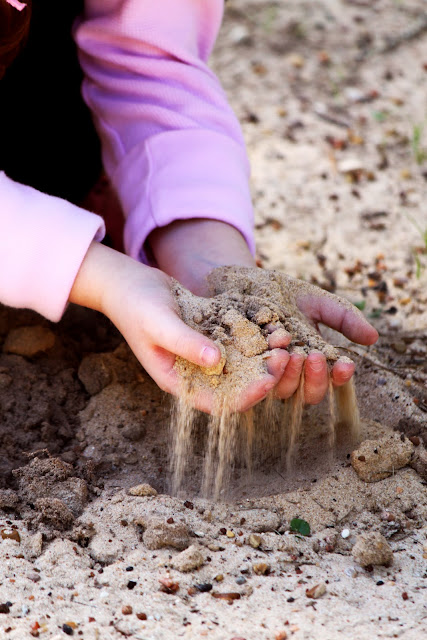 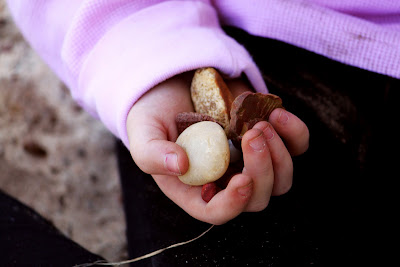 One of the original pilgrims... classic! BubTar looks like he had a lot of fun with the bow and arrow, lol!

I have a feeling you are going to have some GREAT blog material as this play business progresses. KayTar is simply TOO funny!

I LOVED BubTar's story! It was great! I loved his description of KayTar, "a giant six year old talkative teddy bear." *LOL* And of you, and how he's funnier and more imaginative. I don't know if that's true or not.