The rest of the week.

This was definitely one of those weeks. Monday was decent. Tuesday was the day of KayTar's hypoglycemic incident and the killer GPS debacle. Wednesday KayTar had a very wonky day, in retrospect I think it was repercussions from the hypoglycemia and altered feeding schedule on Tuesday. Thursday morning I woke up with a fever and body aches, hauled my butt to class (which is an hour away) anyway, only to discover my first class was canceled and the professor hadn't let us know beforehand. AGH. Friday was mostly fine, until the afternoon when I received a letter from the kids' insurance company saying that they were no longer eligible. I nearly lost my shit when I opened that letter. KayTar is almsot 100% dependent on her enteral feedings. Enteral feedings require tubing, bags, syringes, and PEDIASURE...4 per day on average. All of that is very, very expensive out of pocket and KayTar's insurance basically keeps her alive at this point. Without enteral feedings, she would not get enough nutrition to survive. So I called the company in a PANIC, and the customer service representative said, "Whoops! That letter is incorrect. Your children are still covered and you will be receiving a corrected letter in a few days." I could have tongue-kissed that lady, I think. WHEW!

Yesterday afternoon, prior to the insurance panic, I was at the kids' school and I had some VEEEERY interesting conversations with the nurse and librarian. Turns out that KayTar's episode of hypoglycemia on Tuesday and her legitimate visits to the nurse on Wednesday opened up a whole new world to her. She discovered that the nurse's office is sometimes a pretty happening place...sometimes there are other kids hanging out there...some kids get cool stuff like ice packs and warm buddy bears and band-aids! Even when those awesome things aren't happening, the nurse, who she is buds with, is ALWAYS there to chat with. So on Thursday, she started inventing reasons to leave her classes to visit the nurse. By Friday, the reasons she was leaving class were NOT the reasons she was giving once she was at the nurse! On top of that, she is making pit-stops in the library to chit-chat with the librarian and the kids who are having library time. Basically, she's using the fact that everyone is cautious about her medical issues to get out of class for social hour. OH MY. She isn't in trouble, and everyone involved is kind of getting a kick out of it because it is just soooo KayTar, but we're brainstorming about how to curtail it. It is tricky because she DOES have legitimate medical issues and we do want her teachers to be cautious of her symptoms...but we don't want her getting a free pass whenever she feels like taking a walk around the building! We've got some ideas (giving her one "emergency" nurse pass per day to cut down on frequency, but if she uses it then she won't have time for library/AR testing time in the afternoon to make unnecessary trips less appealing, written passes with specific instructions on where she is/is not supposed to go while out of the class to help her focus, ect.) that we plan to try out next week, so I'll updating about it again later.

BubTar had his first baseball game this morning and THEY WON! He is enjoying it so much more than basketball and hey, they actually WON, that never happened in basketball. As soon as the game was over, we rushed home, changed KayTar into her dance gear, hooked her up for a tube feed in the car, and raced to class...barely making it. During dance class, I met another mom who has an undiagnosed kiddo. It was so NICE. A large percentage of the class is made up of Down Syndrome kiddos and all of those parents chat with each other, but it is a bit of an insular community...so it was nice to have someone to swap the frustrations of being one of the undiagnosed ones with. Having a perpetually undiagnosed kid comes with its own set of unique struggles, one of which is the fact that it is pretty tricky to find any sort of support system that can really empathize with you about it! 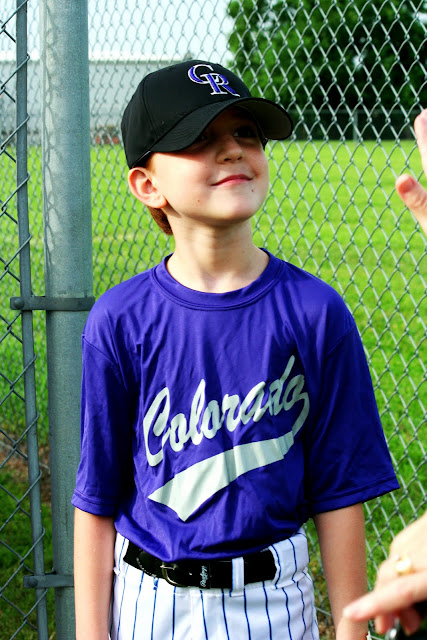 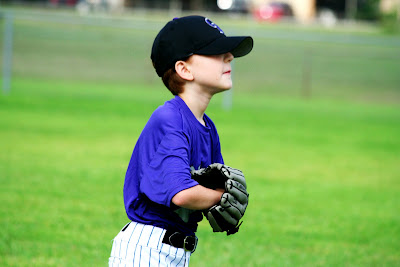 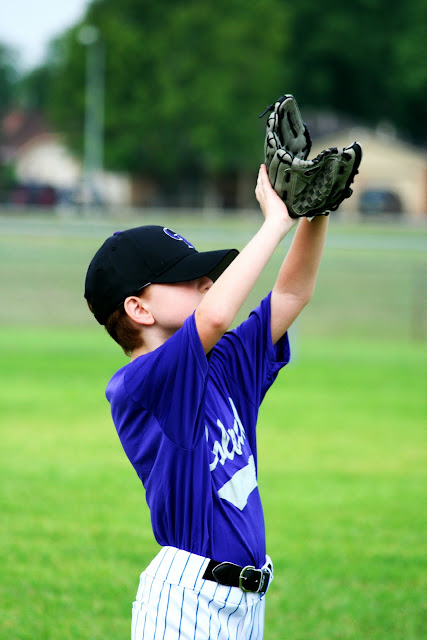 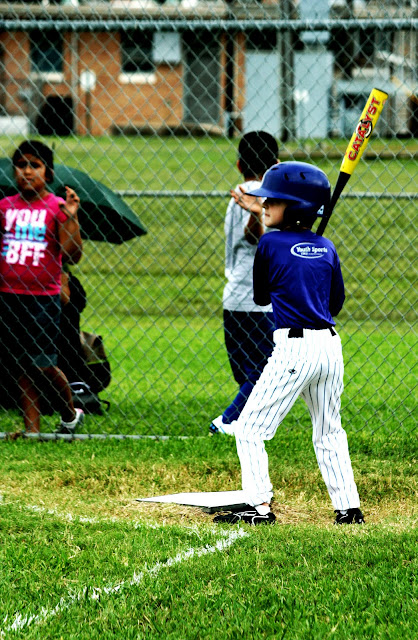 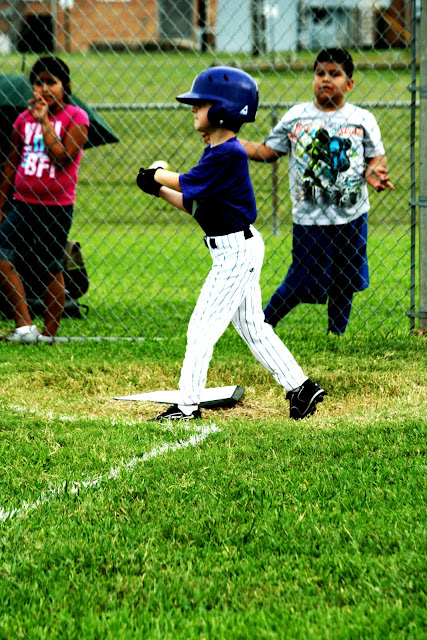 PS: I'm making some layout changes around here, so it may look kind of like a construction site for a bit. Hopefully it will be back to some sort of normal in the next week or so. Also, I love the new post editor in Blogger, if you haven't switched yet, I recommend it.
Posted by Kyla at 6:23 PM

Talk about some crazy moments- digging around anthills trying to get the water on in my new house. Discovering sprinkler system has a busted pipe. Not as bad as insurance scare!

is Kaytar able to understand the story of the boy [or little girl] who cried wolf? Could you explain to her that it's important for everyone to take her complaints seriously and they won't if she keeps using the nurse as social time?

Or (understandably for a little one) is her desire to see her grown-up friends outweighing the fact that she already knows all this?

SB: Yes, she does understand that story...however, I think she needs a reminder! LOL. I don't want to be too specific with letting herk now what is/is not okay to go to the nurse for, because I don't want her using that list to get out of class more effectively, but we'll be discussing it in a more generic way for sure.

Also, I think your latter question has a great deal to do with it. She loves talking with her grown-up friends. Last year in her half day PreK class, there were 4 adults in her class so she always had someone to talk to/play with. She has friends her age, but she gravitates towards adults, especially women. Also, she knows most of the information being covered in Kinder. She's reading at/above a 3rd grade level, she knows basic math, ect...so staying in class can be boring at times, I'm sure. The amount of time she has to sit quietly (which is insanely difficult for her) has increased greatly this year, too. However, most of her goals at to learn to behave appropriately in a classroom setting, so this falls into that category. I think that she is sort of exploring possibilities at this point, so we all just need to work together to redirect her appropriately. I love the staff at her school and I feel confident that we'll be able to do that.

Cheers to a better week coming up, what do you say? =)

I think the fact that the nurse and librarian have already figured out what KayTar is doing is a great sign that they are on the ball and taking care of things.

She cracks me up.

Adam was a Rockies too this year! Don't those boys look handsome in purple?!

I know it's a little frustrating, but I have to tell you that the thought of little KayTar cruising around school, chatting up all the other folks and even getting to see all the trauma that comes in the nurse's office is just about the cutest/funniest thing imaginable. I love it!

Thank goodness all is well on the insurance front!

And I just learned saw the new changes with Blogger because I started a new blog yesterday (for our small group), but I didn't realize we could switch our current ones to that format. Must go figure this out!

AJ: Everyone is getting a kick out of it, because it is SUCH a KayTar thing to do. She's such a friendly little chatterbox/bookworm and probably the only Kindergartner in history with full run of the school, everyone knows her, and she's milking it a little.

I was angry FOR you when I read about the insurance letter!! Awful.

Bub looks so grown up in his baseball uniform!

Kaytar is too smart, seriously, she figured out how to work the system to her best advantage in less than a month!

How funny! I know exactly how this can come to be...L. spent about two weeks wandering around the halls and making "pit stops" to the library to read books and talk with the librarian...