Science Fair:
BubTar went to District Science Fair again this year, one of six kids from his school! He received a silver medal for his project, The Great Steak Experiment! 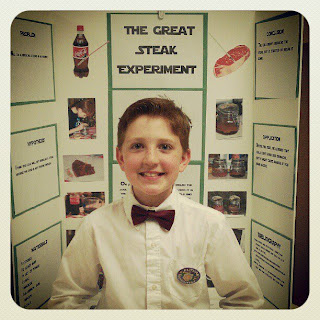 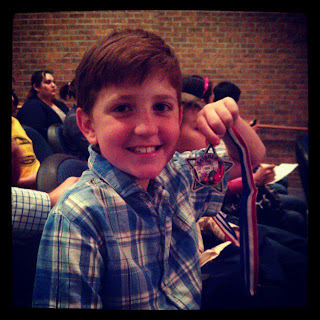 Tennis:
BubTar started tennis lessons this month. The school district offers a program where elementary kids go to the local high schools and learn a little tennis from the coaches and students, probably with the hope they will want to join the program when they get to high school. Oliver! was at this campus and BubTar's student instructor was in the play with him AND remembered him. He loved that. He isn't a very sporty kid, but so far, he likes tennis. 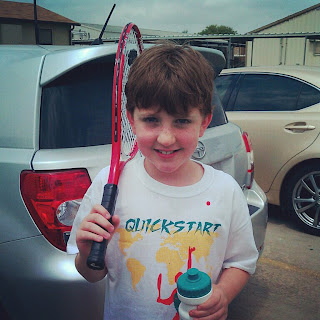 Author:
BubTar wrote his first book! It is fan-fiction entitled, The Star Wars Hunger Games. :) It was such a great experience for him. He would come home after school and write every day! His teacher was so supportive of his efforts and would allow him to read it in class as he made progress. Once he finished, she even made a cover for him and had a copy bound, which he donated to the class library. Now he is working on his second book, BRAINS!!!, about zombies and his WHOLE class is writing books now! He's pleased to be the trendsetter for a change. 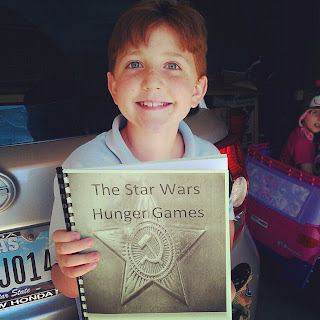 Pill-Swallowing:
BubTar is rarely sick, but he got sick last week and we realized exactly how much of a hassle it is that he cannot swallow pills when he threw up in the sink TWICE when trying to take liquid meds. Sooo we decided to do some skill-building and practice the art of pill swallowing. I bought mini-Chiclets and TicTacs and had him practice swallowing those. He got the Chiclets pretty quickly, but struggled a little with the TicTacs. By the second day, he was able to swallow the TicTacs after a few tries and the day after that, he was swallowing them first try! He was so proud! :) 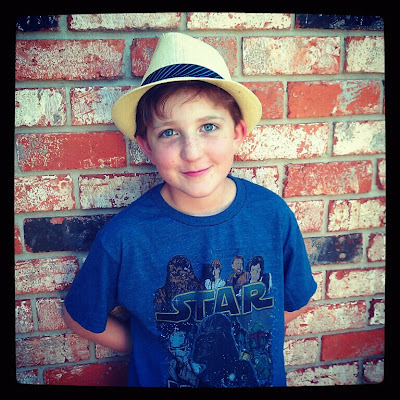 Bubtar sounds like such an awesome kid- I love that he started writing books!

What a great kid! I love the photos.

BubTar is the best kind of trendsetter - I love the fact that everyone in his class wants to write books now! LOVE it!

Tennis is a wonderful sport - I hope he continues to enjoy it. And congrats on the silver medal in the science fair - your kids rock, Kyla!

Is he too young to read the Zombie Survival Guide? Great resource for zombie stories. XD It's just a fictional survival guide, no plot, and since he's probably read the Boy Scouts' version he should actually understand this one no trouble. Technically not for kids, but I bet I could've read and understood it at age ten, so no doubt he can too!

Good thinking on the pill-swallowing... I couldn't do that until I was in high school! I learned when I accidentally swallowed an entire Starburst by mistake, realized that hadn't been so hard, and started wrapping pills in them 'til I learned how to manage without. It DID have the problem of making the pills bigger, of course... Fruit Roll-Ups might be a better idea, easier to manipulate and thinner.