Tonight at rehearsal, KayTar FINALLY sat still during "Consider Yourself". She has been wiggling and rolling and turning around to face the audience, but tonight she FINALLY sat still for the sitting part. I was so proud! Then everyone else in the young company left the stage on cue...except KayTar. She kept sitting there, like a well-behaved and slightly oblivious angel for the rest of the number. Then she looked around, realized everyone else was gone and DASHED across the stage (which was not the direction she was meant to exited). It was HILARIOUS. I wish I had been recording at that moment. It was priceless! 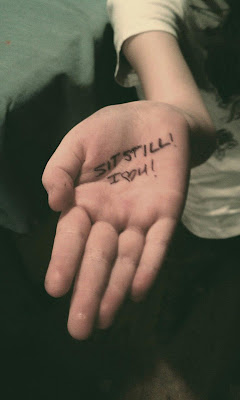 Since I've been absolutely terrible at updating the blog recently, we've finished the remainder of the rehearsals AND three shows since my last update! Rehearsals went mostly well, except for the night the kids had to stay for curtain call and all of the parents were totally unprepared to be there that late. Opening night was WONDERFUL! I expected to be proud of my kids and their little parts, but I did not expect to feel SO proud of those high school kids! It was amazing to see all their hard work come together and have a nearly perfect show opening night! The second night had a few technical difficulties, but the kids really covered well and if I hadn't seen the show so many times before, I probably wouldn't have noticed. They are really doing an amazing job up there.


As for KayTar, all the go-go-going finally caught up to her. She threw up after we got home Friday night, so we took it super easy on Saturday until call time and she made it through the show (with the help of a last minute Walgreens stop by some of our friends who came to see the show), but she spiked a fever that night and had to miss Sunday's matinee. She was absent from school yesterday and today and I'm still not 100% sure if she will be back tomorrow. Her cough is sounding yuckier and I had to break out the nebulizer today...and the last time I checked her temp is was trending upward, but not a fever yet. We'll see. I hope she will be well enough for school tomorrow, so she has a day to get her legs under her before Thursday, which is a school day AND a performance night. I'd hate for her to miss anymore shows...Sunday, she watched Oliver! on Netflix and practiced her songs while she was missing the play. She is enjoying it! BubTar is, too, I think he has found his niche. He wants to do choir and theater as his electives! It has been a wonderful experience for both of them!

On to the photos! I've taken hundreds, but here are a few of my very favorites from the musical... 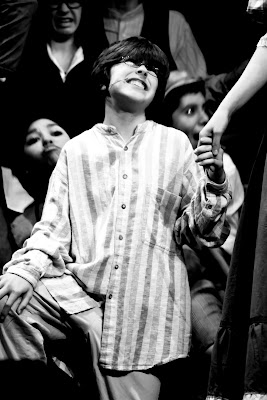 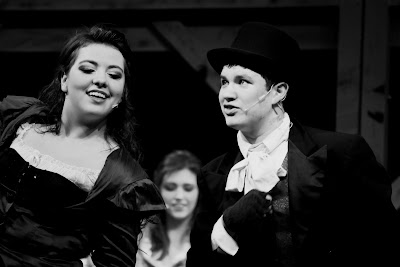 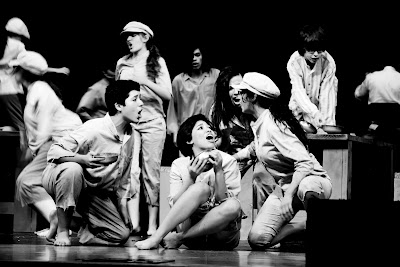 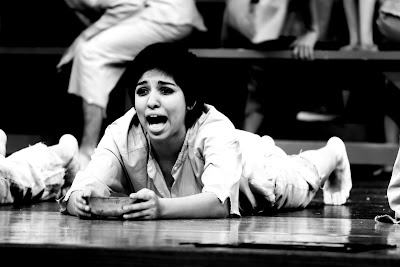 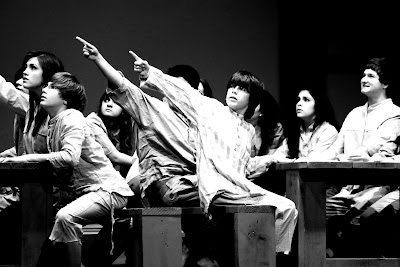 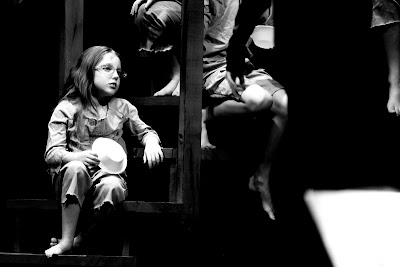 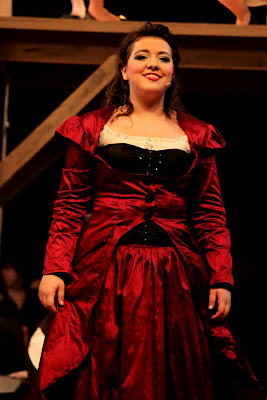 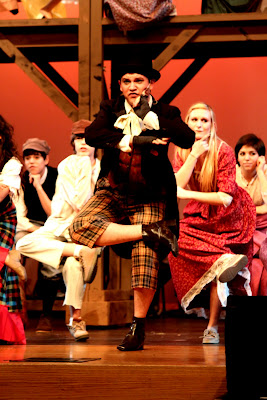 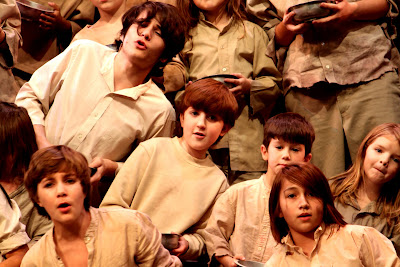 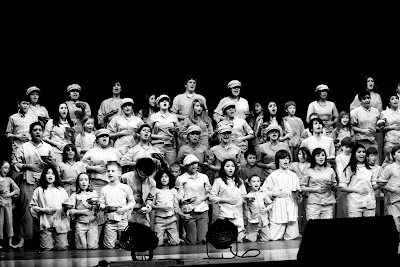 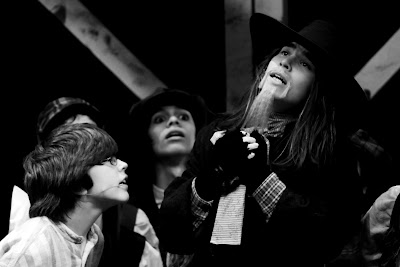 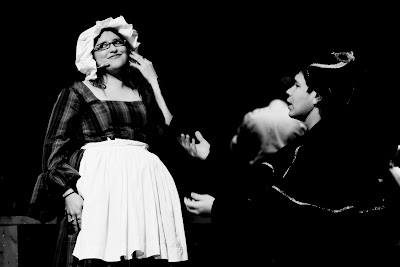 Your black and white photos are fantastic. I really need to figure out the Canon we have, so that I can adjust the pictures out-of-camera (rather than using an editing software later).

It sounds like the kids did WONDERFULLY, and too bad you didn't catch KayTar's late exit on video - hilarious! So cute!

Absolutely LOVE the photos in this post! The b/w are truly fantastic!