1. I bought a new-to-me car on the 14th! The minivan was super nice, but it was guzzling an immense amount of gas with my commute into downtown for classes. If our calculations were correct, we were spending more on gas than the car payment! So, we traded it in the 2007 Dodge Grand Caravan for a 2008 Scion xD and I LOVE it! It is so fun to drive and the difference in fuel efficiency is insane. 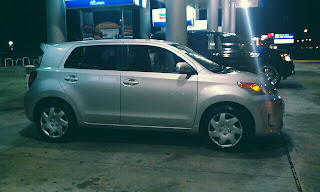 2. KayTar is magic. Seriously! We went to lunch the other day and there was a display with a PacMan ghost in it. She says, "Aww, I wish I could have that." as we were explaining that it was part of the display, so she couldn't...the hostess said, "Sure! You can have it!" Then, as we were leaving, there were flower pens at the register and she said, "I wish I had one of those!" The next thing I know, the cashier pulled out two brand news ones and let KayTar have her pick!

3. Inspired by The Muppets, BubTar has learned to whistle! 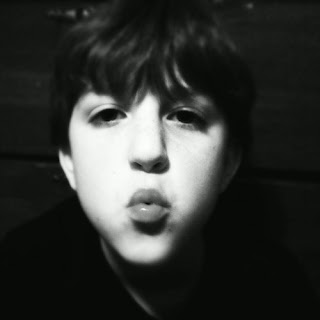 4. I got some kind of nasty virus last week and was in bed from Friday night through Sunday morning basically. It was TERRIBLE! KayTar was so sweet, though, and when she checked on me, she told me, "You look GOOD! You're sooo beautiful!" Such a darling.

5. My semester is off to a good start. All of my classes seem interesting/not too taxing, and I think I'm going to love Sociology!

6. Words cannot express how much I love this photo of BubTar. He is the handsomest! 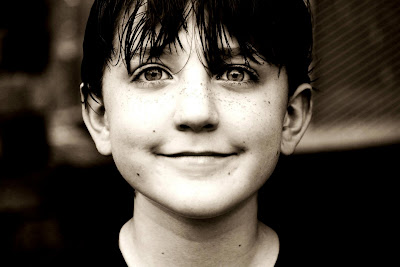 7. KayTar's stomach is a little better, but not 100% yet, or even back to 90% or whatever it was that she was functioning at prior to this little bump in the road. However, since we increased her meds, the pains seem less intense and more fleeting...but still there, which I don't like. She puked Friday night, too, no real reason. C'est la vie!

I'll be back tomorrow (or thereabouts) with some theater rehearsal updates! :)
Posted by Kyla at 8:04 PM

Labels: BubTar, dysmotility, KayTar, life with the tars, me, school

the new car looks awesome! It seems as though there's something about kaytar that makes people love her wherever she goes :)

I don't remember if I told you or not, but I love your new ride! It just fits your personality in my opinion. :)

I want to take KayTar with me the next time I go shopping - that girl ends up with some pretty awesome freebies! Also? BubTar is a handsome kid. You obviously carry a heavy load of the "cute" gene!!

What a (mostly) fun update! How awesome is Kaytar to score such fun free goodies? And that Bubtar is so handsome!

Congrats on your new car!

KayTar is way too cute to resist. She would probably talk me out of half of my "toys" if she were ever at my house. *lol*

LOVED the pic of BubTar too! So gorgeous!