Earlier in the school year, KayTar's nurse and her PE teacher started playing a little game of tag. The first time I heard about it, Ms. B had snuck into the Nurse C's office and stuck a bunch of balloons all over the clinic that said, "You're it!" Of course, KayTar saw the balloons and wanted to know what was going on, so the nurse filled her in...and then they started plotting to get Ms. B back. They hid a balloon in a bag that KayTar took to PE and she got Ms. B to look in it. She sure wasn't expecting to get "gotten" by one of the kids! 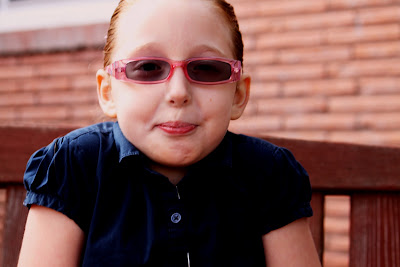 Since then I guess the game has continued, but I hadn't heard much about it. But this weekend, KayTar was reading through her old emails and came across one from Nurse C about their previous plotting against Ms. B, so on Monday she went to school ready to get back into the fray. She came up with her own scheme in which Nurse C would put a bandage on a pretend ouchie and write "IT!" on it, then KayTar would get Ms. B to look at it during PE. That is exactly what she did! She went to PE with her fake wound and said, "Ms. B, I can't play in PE today because I've got a bad bo-bo...do you want to see?" And then BAM! KayTar got her. Hahaha! Sneaky little lady. 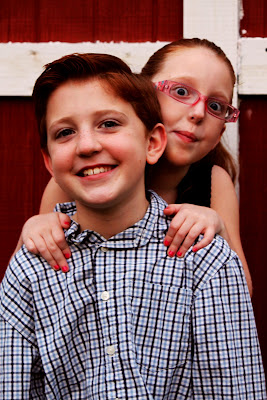 Then today in PE, KayTar really fell and got hurt and Ms. B knew that if she sent KayTar to the nurse, she would think it was a rouse, so instead she iced KayTar's knee in the gym and then they doctored up a different fake wound (complete with and "IT!" note and fake blood!) and went to the nurse together. They told me that this plotting really cheered KayTar up from her actual ouchie. So as they got close to the clinic, KayTar started moaning and wailing about her injury (for dramatic effect), then she sat down in the clinic, pulled up her pants leg to show the nurse and said, "Gotcha!!!" and laughed herself silly! Then the nurse tended to her real injury before sending her on her way. 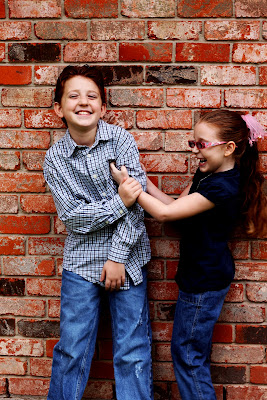 She is having such fun being in on this little game! She loves the scheming and playing her little parts. I enjoy hearing about the stories, both in emails from the nurse and from KayTar's retelling on the way home from school. Beyond that, I am so thankful that she is in a school where so many of the staff have really gotten to know and embrace KayTar's silly, joyful, happy-go-lucky personality. It can be tough and worrisome to send a kid with complex medical issues off to school everyday, but the truth is that when I send KayTar to school I know that she is in wonderful hands. Her nurse is truly an angel and she doesn't only make sure KayTar's medical needs are taken care of, she makes sure she is happy and well-loved every day, too. I could not ask for more!

This is so great. It makes me feel all warm and fuzzy that KayTar has these allies at school. And what fun!

What a hilarious game! She is so sneaky & the teachers are wonderful for including her in their scheming.

What got me more is that she has "old" emails? I've been keeping my kids away from email, because I want to be able to use my laptop some of the time, LOL! How has she been using email? Did she push for it?

What a fun set of teachers! I bet KayTar loves the scheming, and I bet it brightens her visits to the nurse's office a lot!

I'm so glad you shared these little moments. Absolutely precious! And KayTar will love reading them when she's older and reliving all those fun moments in elementary school!

Sounds like KayTar goes to a really amazing school...that's not something a parent can normally find.

Yes, we are SO lucky! Everyone on campus knows KayTar and they appreciate her for the unique little spirit she is! It is a huge blessing.

Josh and I volunteered to help out on Jump Rope for Heart day and we were assigned to the bouncy house. The PE teacher told us the instructions on timing the kids and so forth, then said, "Oh, and only put KayTar in with 2-3 other girls that are low key so she doesn't get hurt--oh wait! You guys are her parents, you know that!" LOL. But I loved that it was just second nature for her to look out for KayTar (especially in a mob of kids that big!).