In the miraculous absence of episodes, a new, much less seriuos phenomenon has arisen. We've coined it the Emergency Shutdown.

KayTar goes from being 100% fine to being somewhat panicked, exclaiming things like, "Give me ENERGY! I need energy NOW!" We immediately get her something to eat and or drink, and after ingesting something, she rapidly falls into a deeeeeep sleep and stays that way for several hours.

It tends to happen when we are out and about, when KayTar is walking a lot or otherwise exerting herself, though not always. This weekend, it just took a walk through the bookstore parking lot to bottom her out. This isn't just a hungry or tired thing, we see her in both those states pretty frequently. This is a near-miss episode, as close as Josh and I can figure. We think she's learned the impending feelings of doom that precede an episode and is able to fix it before it takes her out.

It is under control for now, we keep cans of Pediasure in the car at all times. We've had to pop them open for her on several panicked occasions, like once after a trip to the mall, once while out looking at Christmas lights after she had run around a parking lot with one of her buddies. This weekend at the bookstore we didn't have one on hand, so we took her to the cafe and got chips and a drink, then tube fed her some Pediasure once we were home and she was already fully zonked out. It has happened more often recently, we think she might be hitting a growth spurt.

Of course, we don't know exactly what causes it, but it seems to be another facet of the same problem that causes episodes. It reinforces the theory that all of this is metabolically triggered somehow. I have not been able to check her glucose when it happens, we are very quick to get her what she needs and the glucometer hasn't been handy since it tends to happen when we are out. Her neurologist suggested a referral to an endocrinologist for testing, so we might pursue that. Though it is well controlled now, as she grows it might be more difficult to handle without a clearer cause and plan of action in place. It is just one more small mystery in the glorious puzzle that is our darling KayTar. 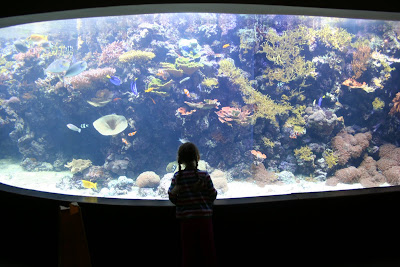 The fact that she knows it is coming, and what you can do to help has to be a good thing. And maybe one day there will be answers too.

It's wonderful that she's now old enough to be able to signal that to you.

What a special gift that she is able to communicate her needs so clearly to you BEFORE something catastrophic happens. Does that calm your mama heart a tad bit or just shift the concern from one thing to another?

that is absolutely phenomenal that she can identify when it is about to happen...what a huge help!

I will be interested in hearing what the endocrinologist has to say.

That's really great that it seems she's able to stave off the actual episodes, but still man, freaky stuff. Hope that the endocrinologist is able to give you some sort of idea for what might be going on.

i agree with both sarahs here--it is amazing that she can recognize the signs her body gives her. i hope that her self awareness continues in this vein.

I'm completely fascinated by this. That KayTar is something else, I tell ya.

I'll be interested if the endo can come up with anything.

That's really fascinating, if still pretty scary. But it's so great both that she can signal when it's coming, and that you have a method for alleviating the problem.

(I'm behind in my blog reading again. Can you tell?)