Look! We made it outdoors!

After my previous post, I realized just how frantic life had been lately and made a conscious decision to force a little more LIVING into our days.

Wednesday, KayTar returned to school, I studied while she was gone, then took her out to lunch after school and then we went on a walk together. I also made it a point to spend an entire hour on the sofa with my novel. The weather has been amazing this week, so after school the kids spent some time on the trampoline.

Thursday was very low key, I had been nursing a headache all week and it nearly took me out of commission on Thursday. I managed to do laundry, clean the house, and go through my index cards several times, though. We went outside after school to play with the MoonSand that KayTar got for Christmas. I finally cured my headache with a glass of orange juice of all things! I gave up sodas over a week ago and I guess my body did not agree with the sudden lack of sugars. After fighting that headache for a week in spite of a variety of medications, it was gone with a single glass of orange juice!

Today (Friday), I spent the morning studying, but when KayTar got out of school we went to pick up lunch and ate with BubTar at school, now I'm blogging while KayTar plays Club Penguin, and after BubTar gets out of school we're going to Barnes and Noble for new books and BubTar might be having his best buddy sleepover, too. I'll study while they entertain each other. Saturday night, we are thinking of having friends over for a game night.

So yes, I had a double length Chem class on Wednesday night. Yes, I have a lecture exam in Bio II tomorrow and then a full day's worth of class. Yes, I have a study session for Chem on Sunday. Yes, Chem will be double length again on Monday, followed by an exam on Wednesday. But it doesn't matter how busy life gets...there is always time to fit in some of the fun stuff, too, sometimes it just takes more of a conscious effort to squeeze it in! 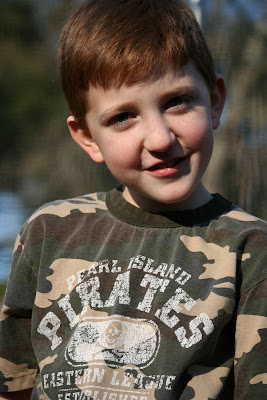 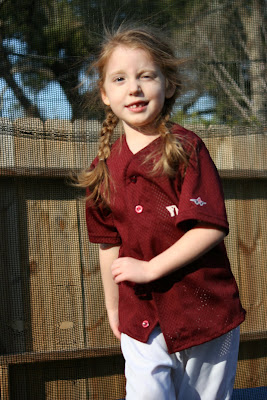 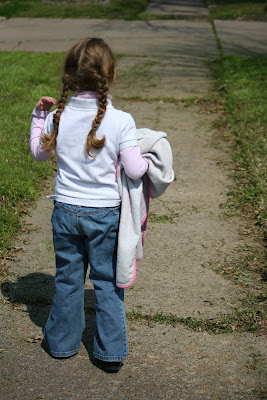 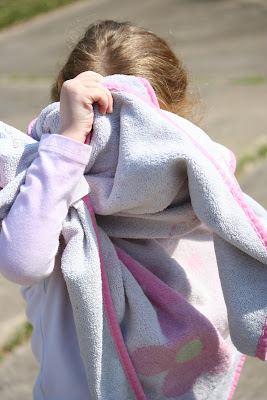 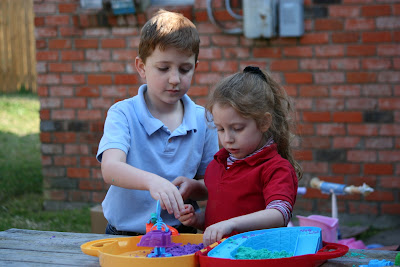 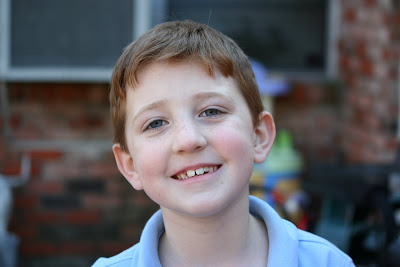 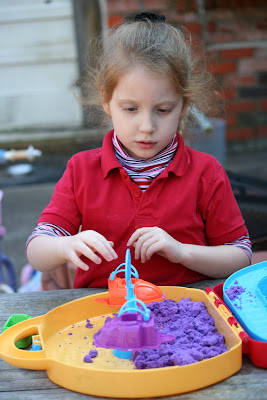 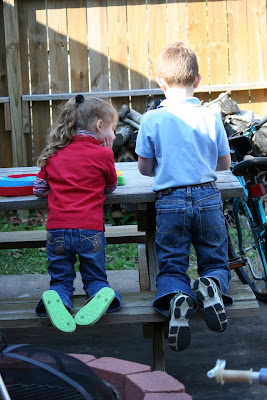 it's nice to hear you got to have a little fun!! You deserve it! :)

I agree with Sheree. You DEFINITELY deserve a little fun! So glad you're "making" time for it!

Fitting it in is so important. Even when we think we can't get one more thing in, these are the types of things that energize us. Good for you for remembering.

I am FREAKING out that they are getting so big!

Aren't you enjoying this weather? It makes me feel like anything is possible! Glad you are finding time to enjoy yourself too! I think that is key to maintaining the family AND doing school. You guys are awesome.

gorgeous photos.
glad you are squeezing the fun stuff in.
Sometimes its even better that way.

Looking at those pics, all I can think is, "man, I wish Livie had half as much hair as Kaytar!"

Good to see you guys getting some livin' in ;)

i need to take time for my novel, too. isn't it crazy how life can get so crazy that we have to schedule reading??!!

Oh my goodness! The kids are growing so fast! I love the last picture looking at them from behind - so much depth.

Oh how I love that last picture and all the lovely things it reveals.