If you've been reading this blog for any amount of time, you probably know that I have a 4.5 year old who previously had global developmental delays but now only seems to have ONE major delay, POTTY TRAINING. We have tried and stopped, tried and stopped, tried and stopped. KayTar has chronic constipation (and a level of intelligence that makes bribes and other motivators a little bit beneath her) and every time we have tried, she has ended up badly constipated and we've had to quit. Honestly, though, she has never been too terribly motivated to use a toilet. She has even been known to say that it would be too much work to use the toilet all of the time, why stop and potty when you can keep playing?

You can imagine my (delighted) surprise when she walked into my room yesterday and said, "I'd like to wear underwear. This diaper feels like PAPER! Ugh!" I said, "Okay, sure." And she said, "I mean TONIGHT." in a tone that suggested that I get up NOW and put her in some underwear, STAT! She used the toilet and then she put on undies. She stayed dry and clean until bed. We then put her in a diaper for overnight, but she woke up dry this morning and used the toilet. She insisted on underwear at school today, too. We will see how it goes!

We always said it would have to happen this way, one day SHE would have to decide it was time, we just never really believed she would get there! I was shocked when she came in and demanded some underpants yesterday. I'm sure it will take some work on all of our parts, but I've got my fingers crossed that it is important enough to her to stick with it this time and we will be able to work through the other issues, as long as she is motivated to keep trying. This might be it! 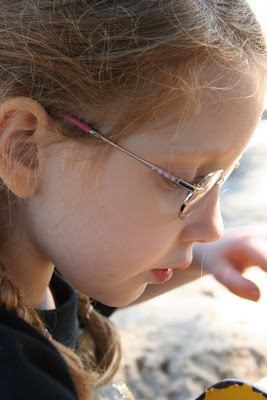 I like a girl who knows what she wants.

That is awesome! I hope all goes well.

that's kind of how D was. 3 years old and just decided to go to the potty. it was wild.

brava, KayTar! and many wishes for dry days!

This is incredible. Congrats all around!

YAY for Kaytar! That's awesome that she just came to it herself... There is something to be said for letting a child hit these development milestones at their own pace, for sure :) Good luck with it! Here's hoping for no accidents at school!

that's awesome! wishing you ALL luck!

Always full of surprises, that KayTar. So happy for her...and for you!

E did the same thing, and the only time he had an accident during the day was when he had an infection. Way to go Kaytar!

I am SO proud of her! You DID get your Christmas wish...a little early! Our training was a little more in stages: awake time, then added naps, then FINALLY bed time. But one day, I just took away the diaper (I know KayTar is different). I waited until she was almost three. I wasn't very good at setting the timer, blah, blah, blah.

my daughter also has global developmental delays. Potty training was about the only thing that was easy. She was also over the age of 4 but once she was ready, it was a snap. good luck.

Congratulations! I hope that the underwear is going well. Also, it is hilarious that she said that she is too busy playing to use the toilet. That sounds like something I would have said as a kid.

My family tried for a long time to get me to stop sucking my thumb. Like, Years.

Finally right before 7th grade I decided that I was grown up enough to stop sucking my thumb. And I did it, in a couple of days.

I just had to decide for myself.

Fantastic! And that's why it's such a good idea to just wait. Because they'll get there eventually. "Feels like paper." Ha!