1. KayTar is potty trained! She took to it easily and we are beyond thrilled. NO MORE DIAPERS! It took her less than a week once SHE decided to do it.

2. BubTar and KayTar are learning to cook. It started on BubTar's scout trip...he made bacon and french toast for the whole camping group! This week, Josh has taught them to make tuna casserole and macaroni and cheese with sausage. Tonight we are doing french bread pizza. They are so excited about it and the best part is, next semester when Josh is taking an evening class and I've got the kids, THEY can do the cooking. Heh. They are better than me in the kitchen already!

3. BubTar got a bunch of badges at his Cub Scouts award ceremony. He got one for fishing, camping, his Bobcat badge, and his golden arrow (for accomplishing 10 goals). He is doing such a great job! He set a goal of selling $1100 worth of scouts popcorn and he did it! He got a microscope and telescope set for his hard work and will also be getting a gift card.

4. BubTar is reading at an average of a 5.3 Accelerated Reader level, which is FIFTH grade. Quite impressive for my little 2nd grader. He's reading these books in a single day mostly and always gets a 100 on his AR tests.

5. KayTar and I had a girls' weekend when the boys went on their camping weekend. We went out to dinner on Friday (IHOP, she had the grilled tilapia and devoured it..she also stole my bacon). We rented Monsters VS Aliens that night. Saturday we went to the mall, which is was insanely excited about. It was fun traipsing around the mall with her. We looked at kids' clothes and made a turkey (who she named Candace) at Build-A-Bear. We planned on having lunch out, but she was too exhausted from all of the walking. I sometimes forget about how easily she fatigues, but by the time we were leaving the mall, she said that she was feeling hot and shaky and NEEDED A PEDIASURE. I gave her a can in the car and she guzzled a bit and went right to sleep. She was pooped! We came home for her to get her nap out and then we went to the toy store for some browsing, then out to dinner with my sister-in-law at Applebees. It was such a fun weekend! She's at the age where she is great company, funny and smart and well-behaved. Who could ask for more? Both my kids are at really wonderful ages and we are enjoying them so much.

6. I'm sick with some little upper respiratory infection. Josh is on vacation today and it sure has been nice to get a chance to totally laze around on my sick day for a change. I took the kids to school this morning and picked KayTar up (after taking a nap for a couple of hours) and that is the most I've done all day. I don't have class tonight and I couldn't be happier about that! I'm curling up with my book, blanket, and DVR remote and taking it easy. Ahhhh. 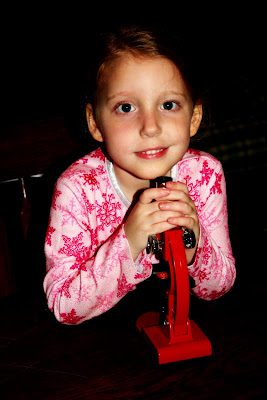 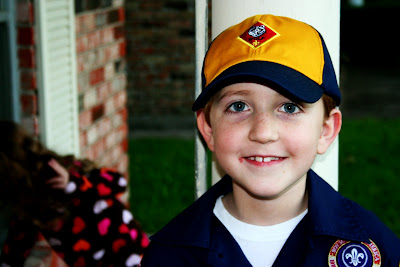 With the exception of your respiratory junk, what an incredibly heart-warming update on everyone!

Love all the good news on everyone! I loved that age, too, when they finally are enjoyable with no more tantrums. And YAYYY on being diaper free! Woo hoo!

It's always wonderful to hear how much you enjoy your kids -- and how proud you are of them. This post made me smile.

I hope you get some rest! But YEAH for your kids and all the fun things they are doing/ learning!

I've been a stalker on your blog for a while and I just have to say that it made my heart swell to read "Kaytar devoured her grilled tilapia" Wow- how far you guys have come- yay for the button!

What a nice update! Sounds like the kids are really thriving. And thank goodness they're learning to cook, if Josh is going to leave you alone in the evenings ;-)

I enjoyed this update, too. Your day with KayTar sounds great. I've been thinking I'd like to have more time to just hang out with Phoebe, without also tending to a baby and other distractions. (Not that I think of Theo as mainly a distraction...)

And congrats on the potty training! Fabulous news.

I still think it's hilarious that she suddenly decided no more diapers. So funny

Look at those two shining stars!

Hope you're all better soon.

You're raising a couple of little bacon lovers there. NICE JOB! :)