After 13 days, we are in our home again. With electricity. And cable. And internet connectivity. It is heavenly.

I have lots to write about. There are thoughts that have been trying to claw their way out of my brain for almost two weeks now, keeping me up at night while I turn them over in my mind. Writing--BLOGGING--has become such an important coping mechanism and processing tool for me, suddenly being without it at a time like this was strange. There is, of course, KayTar's progressive hearing loss and what that entails, as well as the decisions being made about surgeries and such, and I haven't had the time or space to really think it through. Unfortunately, tonight I don't have the energy or mental reserves to write anything of note. Tomorrow, she has a repeat hearing test to confirm the additional loss. I'm sure I'll have much more to say after that is said and done.

For now, though, I leave you with Evacuation Photos, then and now. 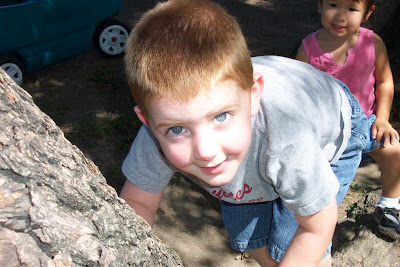 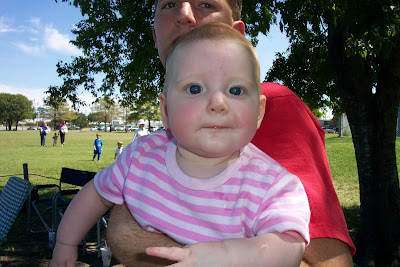 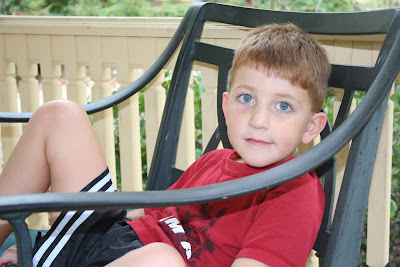 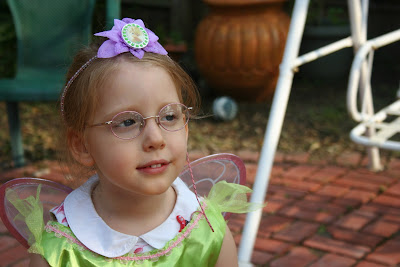 I bet coming home has never felt so good. So glad you are all home...safe and sound.

Oh I am so relieved to find out you are back. I've been worried. Welcome home!

Glad you're ok. I'll be thinking about you, praying for you.

glad you are safely home!

Glad you are home.

I am sure you are LOVING be home! Nothing is better then sleeping in your own bed! Glad yall are all safe.
Ahhh the pictures! Look how your babies have grown up!!! They are adorable.

So very happy to hear that!

Happy to hear that you had no major damage. One less thing you have to cope with. Welcome home!

Yeah!!! I hope you are able to get all those thoughts out soon. I am so glad you guys are back without major damage.

I've been thinking about you! Glad to hear you are home. That must feel so good, no matter what else you are dealing with. Good luck with the repeat hearing evaluation.

Glad your home. Been thinking about you.

oh my! Welcome back! They are so cute but I am sure you are exausted

I adore your little angels! One with wings and one without. It's good to have you "home."

welcome back! We've missed you!!!

Yay, you're back! So glad you're all safe and sound.

Welcome home! It must be wonderful to finally be back in your own space. Take your time enjoying everything.

welcome home! So glad you're all safe...

Welcome home! What a great feeling it must be...

WELCOME HOME (so happy for all the amenities and how right and calming it must feel). Now I must go melt into those pics.

She makes a beautiful fairy. I think that might be my favorite photo of her, so far.

There's no place like home. So glad you are back!

Welcome back home. Physically and virtually.

Let's hope those are the end of the evacuation photos...no more next year!

These ones are gorgeous though!

Welcome home, though I know that by the time I am typing this you have been home for days.