WARNING: The following paragraph may contain some talk of toileting habits. May be offensive for non-mothering types.

Since Sunday, KayTar has really taken to using the toilet since Sunday. I fully believed her little Mother's Day deposit was a fluke that would not soon be replicated, but I was wrong. She has had made deposits on a daily basis since then. Yesterday was amazing. She used the toilet for both needs throughout the day. I only changed two diapers yesterday, her morning diaper and one she had a little accident in. In her defense, there was a high percentage of liquid in something that should be a bit more solid and I think it couldn't be held in, if you know what I mean. She has a little potty chart with stickers and she's really doing great with it. Today we started pull-ups, because she isn't using many diapers and I'm tired of all the fastening and unfastening. I'm not expecting miracles, fully training in any sort of time frame, but she's doing it and it amazes me. I expected this to be more of a struggle with her and here she is, exactly in her own time frame, doing things on her terms...just like always. We are doing a good bit of anticipating her needs and language can still be a bit of a barrier, but it is happening, some sort of glorious surprise. My wee baby blossoming into a creature who likes to "Do it a-self."

BubTar started an afternoon program this week and it is very strange to have him out of the house. KayTar spends her mornings lamenting his absence. Any time we get in the car she thinks we are going to get him and when we return without him, she loses her little mind. He loves it, though, and I daresay it is making him a much more pleasant chap when he does return home. He's a social creature and a half day kinder program doesn't give him enough time for adequate socialization, so this has been nice for him, I think. It is new and different and KayTar and I are chafing a bit, trying to find a new routine without his steering presence. In three weeks, school is out and it will be all BubTar all the time, and we'll be falling into an entirely new summer routine, which seems daunting right now.

I started a chore chart for BubTar this week. I didn't expect that it would motivate him, and I just started for tracking purposes, really. I fully expected weeping and gnashing of teeth in response to the theory that he should take part in household upkeep, but he's really after those stickers. I didn't think stickers would motivate him much at all at this age, but he's checking the chart often and reminding me to put them up for him. Room cleaning still elicits sobbing, but the hope is that since it is a daily chore now, it won't get to the point where he just lays in the middle of the huge Lego, K'Nex, Erector set, Bionicle mine field that used to be his carpet sobbing about how it is just too much mess and he can never, ever, ever clean it! He's also been having a little trouble staying focused on her seatwork at school, so we added that to the chart and if he can finish it every day without trouble, his stickers can earn him an end of the school year toy. Yesterday he came home very excited that he completed all of his work without any problems. It is easy for him and because of that, I think he tends to zone out and dream of Bionicles rather than phonics and math. Hopefully stickers + toy (likely a Bionicle) will be enough to earn his concentration during those boring worksheet times. In two weeks, he graduate from Kindergarten. Can you believe it? 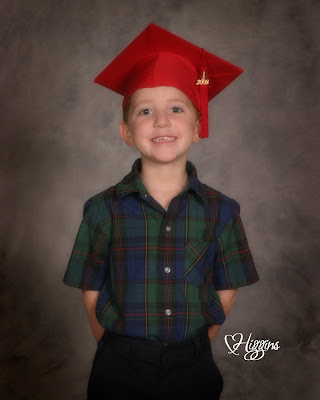 Look at that handsome boy of yours! He is a total stud muffin :)

And woot, woot for Katie. I am so impressed with her mad PT skills. That is awesome.

hooray for potty and graduation (MQ does that NEXT WEEK!!!) and boo-hiss for kidnap like screams. how frustrating!

Nothing you do is stereotypical.

He is so handsome and open.

And Kaytar. Rock that potty sweetheart!

Yay for how great KayTar is doing with the potty! And BubTar is getting so big. Congrats on graduation!

The "Help me" thing is really kind of funny, but I am sure it is not helpful.

They're doing so well! And both so cute (I just had time to glance at the photos of the new glasses!) Way to go Tars!

That is the cutest picture I've ever seen. I'm glad the charts are working. And go KayTar...what a lovely surprise!

Who doesn't, in their deepest heart of hearts, love a good poo post? Exactly.

And that picture of your boy? Awesome.

Wow, look at them, growing up.

And the "help me" thing would make me crazy because yeah, mamas are busy enough without trying to explain to the police... I'd start carrying her birth certificate if I were you!