Today was the first day of school for the kiddos! (I started yesterday.) Everyone was SUPER excited about their big day. KayTar was FINALLY going to have her own desk at school and BubTar was starting MIDDLE SCHOOL. Big, important stuff. KayTar had a rough night last night (and by extension so did I!); her oxygen sats were wonky, I had to jump out of the shower and go check her persistently alarming pulse oximeter (only a loose power cord, thankfully), and in the 5 hours I was asleep I had to tend to her 7 times or so for various reasons (monitor alarm/excitement/need a drink/too hot/alarm/is it morning?/stuffy nose). BubTar said he had trouble sleeping, too, because of his nervous excitement. In spite of the rough night last night, everyone woke up ready to face the day (except me, until my coffee kicked in)! Aren't they just the CUTEST?!


BubTar went inside KayTar's school with me and it was so nice for him. He got to see all of his favorite faculty members and get hugs and well wishes for his first day of middle school. KayTar was thrilled to go in and find her DESK! She has been waiting for a desk since Pre-K. Her teacher was just a tiny bit nervous about how the day would go, so I reminded her that I didn't have classes today and she could call or email for anything, big or small...but luckily, the day was total smooth sailing! After dropping KayTar off, we went to BubTar's new school and he walked himself in all on his own! I can't believe how big he is getting. MIDDLE SCHOOL! 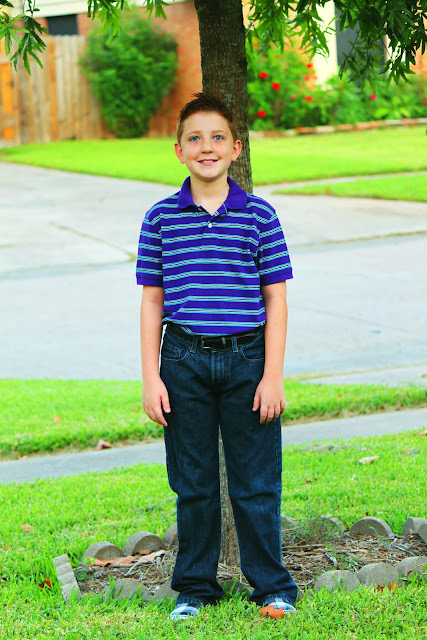 After school, KayTar told me her day was "epic" and her desk was her favorite part, and second to that was EVERYTHING about second grade. On the way to get BubTar, the nurse emailed me that KayTar's Orajel was in the clinic (she has a nasty mouth ulcer right now), so we took a u-turn and headed back to her school, then back to his (roughly 15 minutes from campus to campus). It was a little nerve-wracking, but now I know how much time I have to spare between pick-ups! We got there in plenty of time and had to sit in the ridiculously long line for a while still. He was all smiles when I picked him up! That is a rarity! He had a great day, they didn't switch classes, but his homeroom teacher and classmates were nice. He told me about an upcoming school dance (dance!) and the rock wall in the gym. He said most of his classmates are GT kids, too. On the way home, I rolled KayTar's fingers up in the car door (ack!), but she survived. We ALL survived the first day! Then I came home and did mountains of back to school paperwork. Oy. (one of the forms was for permission for s-e-x ed class! school dances and s-e-x ed! AGH!) Aside from a few little blips, the school year is off to a great start! 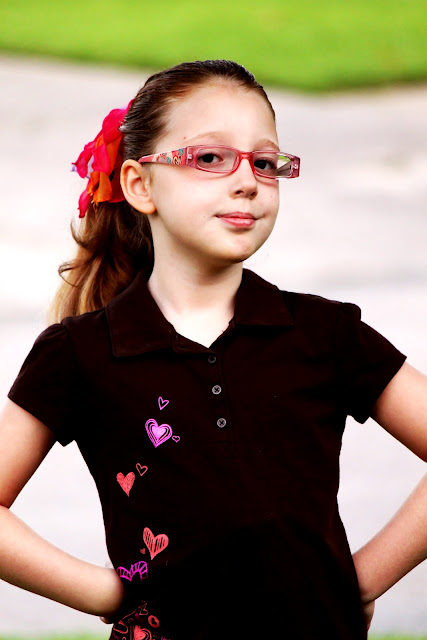 They are so grown up! Amazing!

They look so much older than last year - insane! Yay for Kaytar's day going smoothly, and eep! to s-e-x- ed, lol. Middle school - it seems so far away when you have a little one, but it really is just around the corner. Here's to a GREAT school year!

I'm thrilled to hear that KayTar and BubTar had such awesome days at school!!! I loved how KayTar said her day was epic! And BubTar has a dance and that certain educational class? They're growing up too fast, and so gorgeous!

They both look SO grown up. Especially BubTar...not a little boy anymore, mama! Waaaahhhh!!!!