BubTar has been attending a private Christian school since he started PreK. Josh grew up in Christian school and I attended as a high school student. When we started our family, we thought that Christian school would be a given for our kids. Over the years, we've sacrificed a lot to keep BubTar enrolled there, possibly more than we should have, and this year we didn't have the greatest experience. His teacher was nice, but for a multitude of reasons, we were never comfortable with her. We decided to keep our heads down and just get through the year, because the situation wasn't terrible...it just wasn't ideal. It turns out, his school is going through major changes in the administration and his current teacher will be the elementary principal, starting next year. This was the catalyst for many, many discussion between Josh and I, as well as discussions with friends who are teachers or have children in public or private schools. After weighing all the pros and cons, we decided to transfer BubTar to public school next year.

We've had a phenomenal experience with KayTar's school this year, both with her teachers and the administration, and after that experience there just aren't enough reasons to keep BubTar in an environment we are less than happy with and pay quite a bit for. The benefits are clear; two children on one local campus, volunteering at one campus, drop off and pick up consolidation, one set of rules and one calendar for both kids, uniforms that don't cost a small fortune, the absence of tuition, and so forth. Our biggest concern was that BubTar will be significantly ahead of his peers in academics. I've spoken to the principal at KayTar's school and she said he would be placed in a dedicated GT classroom to keep him challenged, which we prefer to having him move up a grade level. For our family, right now, this seems to be the best decision.

However, at KayTar's ARD (Admission/Review/Dismissal meeting, for those of you who don't speak the SPED lingo) they told us that she might be transferring to a new elementary next year, for the advanced PPCD program. Last week, I spoke with the director of PPCD and she said that it is a certainty, not merely a possibility. KayTar will be attending the new program in the fall. It sounds wonderful, 6 special education students, 11 general education students, and full time general education and special education teachers, as well as an aide. The classroom is a partnership with Head Start and KayTar might be able to attend the second half of the school day there, too. It sounds like the perfect environment for her and I'm thrilled that she is one of the six students they selected. However, she will be at a new campus with new teachers and administrators and I am a little sad to be leaving her current campus behind. They have been wonderful! Because she will no longer be at our local campus, this means that unless we can get a transfer waiver for BubTar, they will still be on two separate campuses next year. If we can get a transfer worked out, then we still have to worry about proper placement with his advanced academic status. I'm waiting to head back from the principal about all of this.

The majority of my time lately has been consumed by trying to get a rather large number of ducks into their respective rows. My summer classes, financial aid, and scheduling row (this has been a hot mess, but seems to be almost taken care of). The kids' daytime summer schedule row (VBS, K's art camp, summer curriculum). Our family's evening schedule row, combining my schedule (out of the house 4 nights a week), the kids' activities (swim team 3 nights per week), and Josh's availability (he wishes he could say he was unavailable more often, I'm sure). My volunteer commitment row (orientation, interview, health screening, training, THEN volunteering weekly). Summer vacation row (how to squeeze a vacation into all of this). My fall term schedule row (much easier than summer, so far). The kids' school placement row (see above). Ducks and rows, ducks and rows. In less than two weeks, school will be out for the kids, summer activities will have started, I'll be in classes 3 nights each week and my volunteer commitment will have begun...I hope these ducks are in their rows by then, because I'm not going to have any time left to organize them! 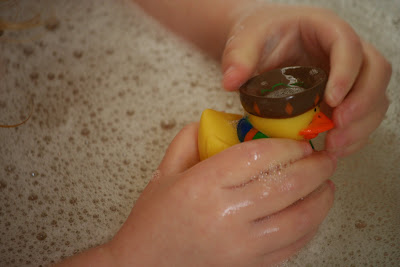 You? Are a very, very busy lady.

Ug. I was getting so excited about the possibility of them both being at the same school. I hope it can work out yet.

Wow... You have a lot to juggle! I hope it all works out... That new class sounds PERFECT for Kaytar!

Wow, that's a lot of ducks! I hope things become more obvious as you progress through them. Public school does sound like a good option for Bub, though!

I don't know how you do it, girly! Public school does sound like a great option for him, but I'm sorry they won't be on the same campus.

We're having discussions right now about when to switch from private to public for Lainey, although it's not Christian(she is currently in Montessori for preschool).

You have some very mischevious ducks to align, it seems!

I'm so hopeful for your decision for BubTar...I only wish it didn't come with so many "what-ifs" and "could-bes" and "if-onlys." Please keep us updated on that one!

you amaze me, with all of the things you juggle

I felt dizzy reading this. Why can't coordinating life be easier? Wishing no clusterducks.

You wouldn't want life to be easy...you have had too much time juggling, you wouldn't know what to do without that chaos :)

That is coming from one who knows and will always have kids at three different school until one graduates from college.

Klusterduck! I like it! sounds like next school year is going to be awesome for both Tars!

Holy hell. I work two days a week. That's it. And I'm baked.

ARGGGH! Nothing is ever simple is it.