Score 1 for the Internets

From time to time, I get a random email or comment with a link or a condition name for me to check out in regards to the KayTar. I always appreciate people taking the time to think of our little mystery and pass along information they feel might be pertinent, even though we've (mostly) gotten to the point we've (mostly) accepted the questions we live with and (mostly) stopped pining away for that elusive answer. A couple of weeks ago, however, I had quite the influx of emails/comments all suggesting a single condition, mitochondrial disease. Weird, right? In fact, just as I was telling Josh about the weird Twilight Zone-ness of it all, I sat down to check my email and BAM! there was another one. So I did what any overly superstitious blogger mature, responsible parent would do, I emailed the pediatrician about it.

She knows about the blog, so I basically said, "Hey, the Internets told me to ask about this!" only with a bit more verbal camouflage than that, and she was kind enough to not even point out I was taking medical advice from people who I fondly know only as "anonymous". She even went so far as to hop into her forklift and haul the behemoth also known as KayTar's medical file to her desk for review. She's good to us like that. She said that KayTar fits some of the symptoms of some of the mitochondrial disorders, but not ALL of the symptoms of any. Still, she feels like looking into it might be helpful, so we will. Her neurologist (who we saw yesterday) said that we've tested her peripherally for mitochondrial disorders, through labs and such, but since she is headed to the OR (on November 4th, in case you missed the rescheduling update), he's going to order a muscle biopsy to get some more conclusive results (though they'll be look at things other than mitochondrial disorders, too). Now the OR to do list look like this:

The neurologist said it will take about two months to get the results back and even then we might not learn anything new, but he said there isn't a downside to having it done since she'll be having surgery either way. Two months, meh, big deal. We've been waiting years for a diagnosis, so what's two months? Just a blink, really. I almost didn't write about this at all. After last year's hope dashing debacle I'm reluctant to approach anything even mildly resembling hope, but I don't really feel hopeful about this, just curious. How bizarre would it be if my friendly little lurkers were the reason we happened upon her diagnosis? That would definitely be a story for Mystery Diagnosis. Heh.

So to YOU, my dearest lurkers, (yes, I can see you back there in your trench coats and dark glasses) thanks for the suggestion! 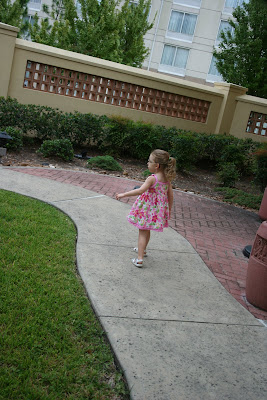 PS: While I'm tapping into the collective knowledge of the Internets, does anyone have any personal or peripheral experience with the BAHA (bone anchored hearing aid)? We're researching options for KayTar's increased hearing loss.

have you talked to hetha (ethan's mom)? she might have some info.

if she's already having surgery, you're right, why not?

(i once diagnosed a blogger's mystery condition. it's one of my proudest moments. heh.)

One note about the muscle biopsy. Are they doing a fresh sample or frozen? Doing a fresh sample is the best way to determine a Mitochondrial disease. Also, are they going to stain and look for MtDna? Also, there could still be a dx or Mitochondrial disease without actual definitive dx through muscle. If there is a defect in the respitory chain summary that can indicate Mito disease without actual positive results in the muscle stainings. I hope and pray K doesn't have Mito. It is an elusive disease, symptoms are specific and different for every individual dx with it. I know not having an answer is hard....Sending many many prayers for a successful surgery and speedy recovery! Is there a metabolic neurologist in your area? Mito dx can sometimes take up to 2yrs to dx. Sorry for the rambling.....Good luck! And this lurker is here sending many prayers, good thoughts, and praying everyday for you and your sweet daughter!

Muscle biopsy is a good thing. The chances of getting a diagnosis pinpointed is greater now than ever before.

there are several kids at Ben's school using the BAHA. I have not heard anything negative about it but will have Nurse Vicki check it out.

The surgery is tomorrow? Am I right in remembering this?

Even if there are no answers, at least you know that you have done what you could in the search.

Wouldn't it be awesome if this blog helped to solve the Mystery? How the world has changed..

I'll just reiterate, Listen Up is the best group I've seen and they'll fill your pretty head with as much information on that BAHA as you can stand. There are really lovely and intelligent moms and dads on that group.

I am a big fan of the multi-tasking in the OR room. I'd be like "do you mind if I cut his hair and fingernails while he's under"?

I love it when the Internets are good.

Very interesting! I hope you get some answers and her surgery goes very smoothly ... it's this week right? Thinking of you all.

Wow, go anonymous. He/she writes all the good poems and quotes, and now has ideas about KayTar? Amazing!

I hope you get some more answers/things to rule out as a result of this, I was reading a little bit about it and WHOA...I can see why your friend Anonymous thought of your sweet girl. Even if it doesn't fit EVERYTHING.

Amazing how many people are out there trying to help. Just amazing.

And don't hold me to it, but remember my talkative mom from a few weeks back...I'm pretty sure her child was diagnosed with a Mitochondrial disease. Email me before I forget!

my neighbours son has the cochlear implants and they work incredibly well. the son was born deaf and so his speach is entirely a function of what he hears through the implants.
are you thinking of adding those to the list too?

How I wish I could answer, or just plain magically solve, one of your questions.

Wow, I am just amazed at the Internets right now. I'm glad there are those out there with so much wisdom. They make up for the likes of me!

About the hearing aid, one of my students had the bone anchored hearing aid. She was very succesful at it. I am not sure where she is now or how to contact her but the surgery went well.

Oh, I hope this lead pans out!

i've learned a lot from "my internets," but if this comes to fruition, it would be a major victory indeed

And to think there used to not be an internet. That is just so great you are getting so much advice/leads for Kaytar. And that Dr. H. is following up on them.

I pray one day you will have an answer!

Just a side comment (while I'm procrastinating!). You might be the only human on the whole planet who can call me "internets" and make me feel like one of your closest friends.

I'm taking a swig of my coffee on that one.

I *heart* your paediatrician.

Yes, your doctor is amazing! I'm thinking it's a very good thing you are down there. Up here, even though the doctor is free, I'm afraid you get what you pay for.

And it strikes me how calm you seem in the face of it all, how accepting you've become in just the short time I've been reading you. So mature.