So, I was right after all.

Last week I received a call from the genetics/metabolic clinic. The nurse told me that KayTar's recent test for VLCAD was negative and they were dismissing her from clinic. I was irate. I don't care that her test was negative, I mean, what is one more negative diagnostic test on top of the giant teetering stack of negative diagnostic test she already has in her file? I cared that she was being dismissed altogether. "I don't know." is an acceptable thing for a physician to say, but "I quit." is not acceptable, at least as far as I'm concerned. I understand not having any new leads or any idea what the next step might be, but if a kid has a metabolic issue, then metabolic clinic should continue to follow her case at the very least. Follow up once a year, maybe. However, I didn't say any of this, I just said, "Thanks. Goodbye." and choked back a few hot, angry tears.

Yesterday we had a follow up with endocrine which I feared would be a repeat of that last interaction with metabolic clinic. I was pleasantly surprised; the doctor and I actually spoke to one another, she reviewed her chart, labs results, and got updates about how things have gone for the past few months at home. At the end of all that, it turns out, I was RIGHT months ago, when I said it was ketotic hypoglycemia. It is a diagnosis of exclusion and since we've excluded EVERYTHING imaginable, we are officially calling it idiopathic ketotic hypoglycemia. I wish I could have been right without all these miserable tests, especially the inpatient fast, but I know they had to rule all those other conditions out. The diagnosis itself is just a catch-all and idiopathic is fancy medicalese for "who knows why!", but sometimes that is the best modern medical science can offer. It is better than nothing and being right is somewhat satisfying. Wonder if I can put this on my med school applications? ;) Basically, we will continue to do what we are doing; glucose checks, adding cornstarch to her feeds, frequent feeds, monitor her activity levels, test for ketones, overnight feeds when sick, go to the ER when we can't fix things at home, and follow up with endocrinology in 6 months. Hopefully, she will outgrow it at some point! 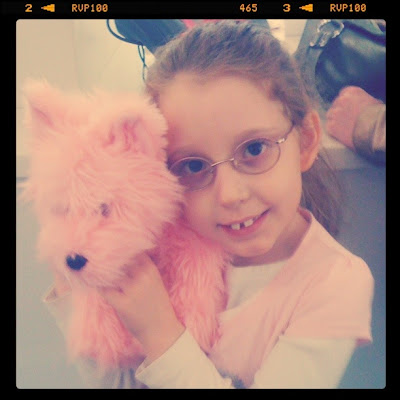 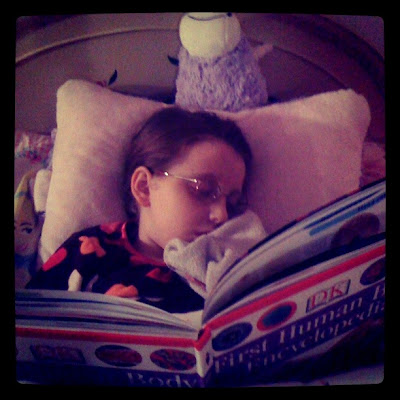 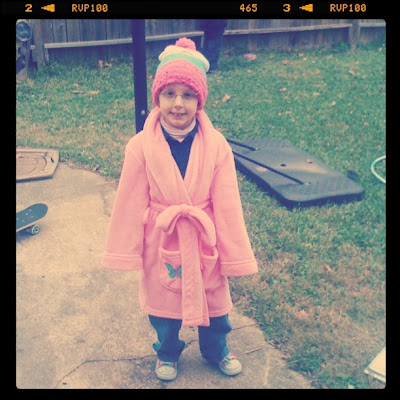 Great job, Dr. K! It's so good you have a course of action and SO good you seem to have put a stop to the episodes. Your diligence has certainly paid off, both in the diagnosis and KayTar's great progress!

A couple of weeks past I clicked on a Kevin M.D. post in my reader and read about a mom's frustrations over lack of doctor knowledge about her child - seems the kid had something rare and every specialist was telling her something different. It took a lot of work on her part to get proper diagnosis/treatment.

It reminded me of you. You are a fabulous mother, and that is going to help your clinical skills tremendously.

Finally at least one answer!
mom's intuition is sometimes the best, because we are the ones that see our kids day in and day out.

I have tears in my eyes, K. What a journey your little girl has been on, and what a tenacious Mamma Doctor you've been. I hope that you begin to get more answers.

You are a genius & she is a peach. hoping her path is easier from here on out.

You are such an awesome advocate for that lovely girl!

You should really consider going to medical school, or something. ;)

i am so impressed with your dedication and knowledge, K. and, now, finally an answer.

KayTar could not be blessed with a better mother. The metabolic clinic may have "given up" on her, but you never will!

I'm glad you've been officially "given" the answer!

Thought I'd drop by after eons and say hi and how much I love your banner right now and how handsome Bub is growing and hey, hi!

I am also really surprised that they would dismiss a patient who still has issues to be either managed or explored. Where is the care? Or barring that, the curiosity? What an opportunity being missed for all concerned, and how frustrating, after all these years, to be sent off like that. I have no doubt you will keep looking, though, your perserverance is amazing.

Superb work doc! If not on your application, you will have to bring it up in the interview.