Today we had an appointment with KayTar's feeding disorder specialist/gastroenterologist and she doesn't need to be seen again for a WHOLE YEAR! The last time we were there, about 6 months ago, she was about 29 pounds and now she is up to 34 pounds! THIRTY-FOUR! Again I say, if your child has major feeding problems and a doctor has brought up the possibility of a feeding tube, DO IT. It has changed our lives in so many wonderful ways, and KayTar loves her button. There has not been a single downside to this, other than the post-op discomfort which was so minor compared to the improvements we've seen in her nutrition and development.

While we were there, the doctor asked us about potty training, which I answered by laughing. Training KayTar? To do anything? KayTar trains herself when she is good and ready. She has been almost trained twice, but decided it wasn't all it was cracked up to be. When we say, "Big girls don't potty in their pants." She counters with, "But I AM a big girl and I do potty in my pants." She's going to be a lawyer, I think. The doctor laughed and said, "Oh, smart and stubborn, you've got your hands full." She tried to help me out by telling KayTar, "Do you know what would make you just PERFECT? If you pooped on the potty!" and she had the nurse try and sell it too. Before we left she asked KayTar, "What would make you just perfect?" KayTar answered, "Pooping on the potty!" She's dirtied her diaper twice since that conversation, so I'm going to go out on a limb and say it didn't convince her. She'll decide to do it one of these days, I'm sure. 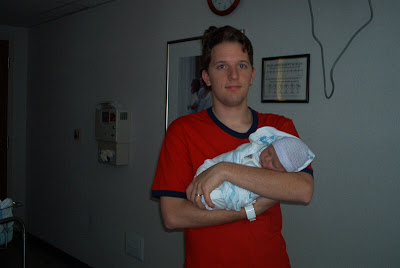 Can you believe this tiny little football will be SEVEN tomorrow? 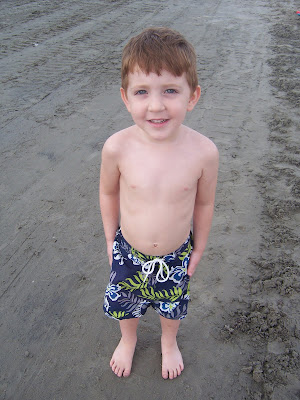 He was just a little dude, KayTar's age, when I started this blog...it has gone by so quickly! 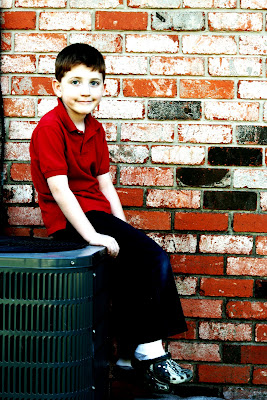 from B " Dear BubTar my birthday is April 24th. Our birthday's are both in April. Happy Birthday!!!"

that kaytar--she is the smartest kid, i swear!

Hooray on the great visit! I wish wish wish we had gotten a feeding tube for L. when he was younger. Now he's eight, won't eat, is dropping weight, and we can't do much.

But I'm so happy for Kay-Tar--what a milestone! And happy birthday (early) for BubTar.

I think I don't fully appreciate the gtube having not struggled through dehydration and hospitalisations, but I am happy to have learnt that vicariously though you.

Am just hoping J gets her act together by the time she's 8!

Yay! I'm so glad Kay is doing so well! And I think you're right about the pt... she'll train herself soon enough. She's too funny though! What a smartie-pants!

Happy Birthday Bub! My big boy just turned 8 a couple weeks ago and I still can't believe it!! They grow way too fast.

And then a big Happy Birthday to Bubtar. Aliya turns in 12 days. I just can't get over that they are almost 7!!! WHAT?!?!

Happy Birthday to your boy. He has grown so much just in the time I have been coming here it takes my breath away. I hope he has a wonderful day.


And hurray for Kaytar! I am so, so glad that the feeding tube has been such a blessing.

Josh looks so young in that picture!! I can't believe Bub is seven either! Something about seven sounds so much more grown up than six! Happy birthday!

So cute! Happy birth-day to you too Kyla! Seven? Were you a tween when you had him?

What great news about the weight gain. Yay, button!

Seven! No way. It's such a great age, seven. Enjoy it.

he is SUCH a special, great kid.

Happy Birthday Bubtar!! He's grown so much and he is such a sweet boy! Kaytar and the pottying thing just makes me lol . . .she sounds a lot like Mia before she finally decided to start using the potty. You know they CAN do it but it really depends on whether they WANT to. Stubborn little bums! lol

Lol at Kaytar's answer to the doctor!! She is one smart cookie... :)

And Kaytar is astonishing. But you knew that.

I'm with you on letting the kid pick the potty training...Adriana was six before she trained, but by goodness, she did it!

Wonderful news for KayTar! Hope she changes her mind about the potty training soon.

And Happy Birthday BubTar!! He just radiates sweetness in the pictures!

LOL. i have a little potty training rebel myself. girls.

Wanna know what else boggles my mind?!?! The fact that KayTar is a healthy 34 pounds. That is just wonderful!!! I'm so, so happy that the G tube has been such a blessing for her.

I think your wise to not push the potty training. She is such a smart girl...when she's ready, she'll let you know.