After we received KayTar's muscle biopsy results, we had to order more tests to determine if KayTar actually does have a mitochondrial disease or whether the pathologist likes to read a little too much into subtle abnormalities. Well, the results are in.

Last night, our pediatrician called me and read the newest report to me, though, I still know next to nothing as I'm not an expert in these tests, nor is she. It is all blah-blah citric acid cycle blah-blah type II muscle fibers blah-blah mitochondrial dysfunction blah-blah-BLAH. I'm waiting for the neurologist's clinic to open, so I can call and get an official interpretation.

I didn't sleep well last night. I woke up nearly every hour and laid awake, "Will we know tomorrow? No, you know that even if it is abnormal, it won't be clear cut. But what if? What if this is it?" And shockingly, "What if the news is bad and after hearing it, we wish we could go back to this moment, to this existence of not knowing?" I don't think I've ever wondered that before.

In the past, instead of lying awake in bed all night I would have sat in front of my computer, releasing the words that churned inside my belly onto the freedom of the screen. Last night I realized I don't have anything new to say. This singular experience is a microcosm of our lives and of this blog, the history we seem doomed to repeat endlessly, waiting for answers that do not come. And yet, after nearly three years of waiting, I cannot resist the siren song of hope. She has had countless tests and not a single one has given a conclusive result, and I still cannot will myself to unclench my fist and release the need for an answer. This ceaseless, uncontrollable hope is a sickness and it can only be cured by first finding a diagnosis...for her. 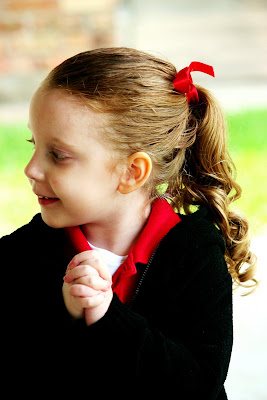 I am hoping that you get the answer you're seeking, Kyla...

I have been thinking about you all day, hoping for answers, but knowing that there might never be any. Don't every stop trying.

have you heard anything yet? thinking about you.

Thinking good thoughts for you today as we sing our own version of the same song. Don't give up.

Goosebumps. Thinking of you and hoping you hear some good news soon. I'm always so amazed at how much mystery there is to medicine.

I'd be the same way. Because, you just never know.

This one might be the answer we've been waiting for.

I'm the same way with dating. So many crappy dates, all so much the same, but with the next one I always think, but this one could be the one!

I have that same drive to know. I always need to know but I know what you mean about wondering maybe if you don't want to know. Like that part in Schlyer's monster where RRH describes following the sound in the jungle and finding a TRex.
I hope your answer, if it comes, tells you that things will just keep getting better.
hugs Kyla.

Oh, Kyla. I can really feel how you are feeling from the way you write--you must be fantastically frustrated and scared and on and on, but through your words and your experience, you are making a difference for a lot of people, even if what you want most you haven't yet got for yourself, for Kaytar.

That picture could not be any more perfect for this post.

I so understand this -- feel like I've been doing with/for my own daughter for fourteen years. My good blogging friend jeneva at has written amazing pieces about trying to find a diagnoses for her son's neurological condition. I think you'd find them really helpful and inspiring or at least feel a kindred spirit out there.