Today was KayTar's first field day! She's been in school for 3 years now, but she has only participated at the indoor Special Olympics athletic events. Josh and I were both nervous about it. KayTar fatigues easily when she is active AND/OR when she is in the heat. Since Field Day is active AND the heat here is actual 90's and 100's with the heat index, we were doubly worried. But I don't like to keep her from fun opportunities if I don't have to...so we decided to give it a shot, especially since I was able to be with her all day.

We packed her chilly pad, umbrella, a cold water spritzer bottle, and plenty of drinking water...and it went well! The part in the morning was totally fine, she just sat out of the sack race because it is beyond her physical abilities, and the afternoon was mostly okay, though she had to come in a bit earlier than her class because she was feeling too hot (she picked a chapter book from the library to read while we waited), and we opted out of going back outside for popsicles later. She didn't feel like she missed anything, so I'm glad we let her try and allowed her to set her own limits. On to the photos! 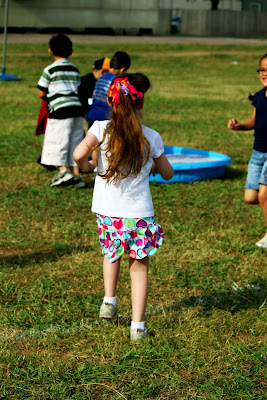 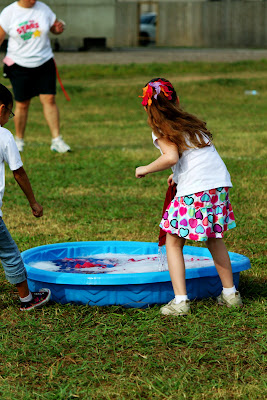 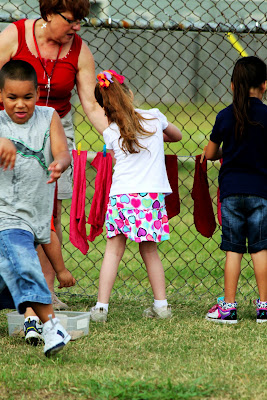 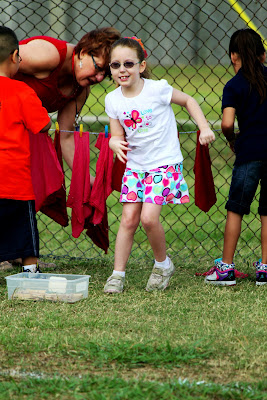 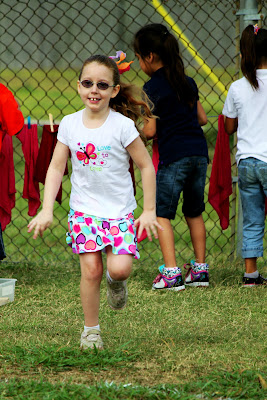 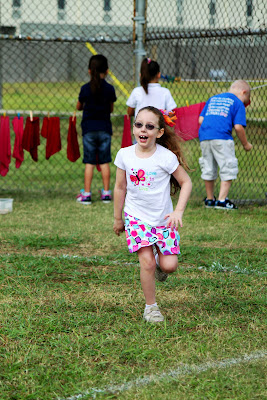 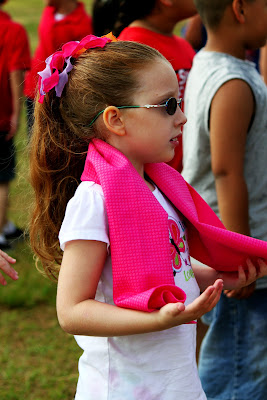 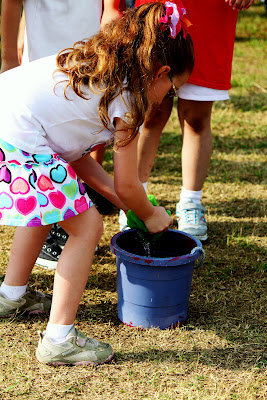 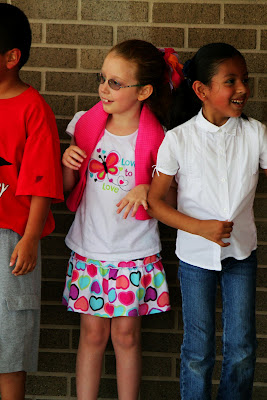 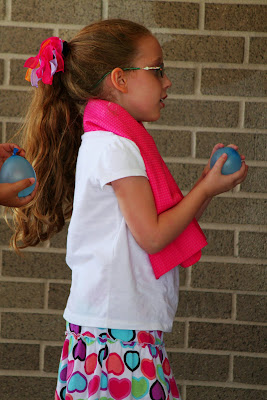 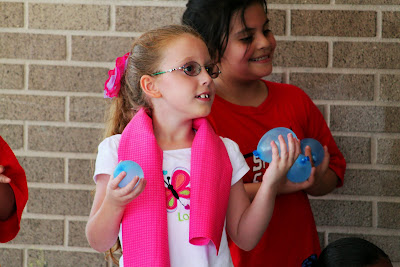 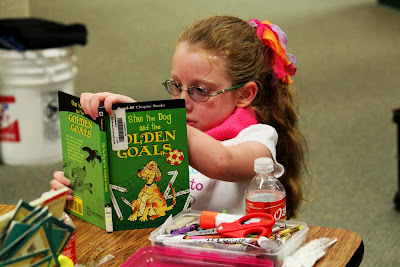 These next two are part of a series of KayTar and her best buddy from Kindergarten cracking up during one of the relays. They were passing a sponge down the line and after KayTar passed it to M, she would wipe her hands on his shirt and get it soaking wet. They were both being SO silly. I just LOVE these! 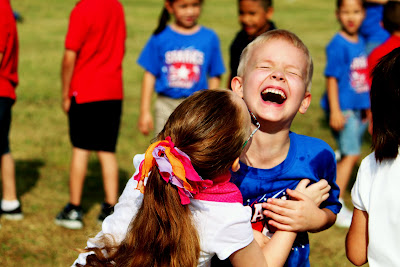 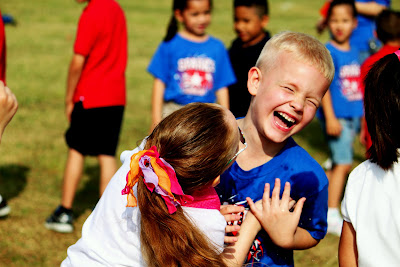 - Posted using BlogPress from my iPad

One of the greatest gifts you can ever give Kaytar is the lessons learned from finding her own limits. It is hard to watch but extremely beneficial when trying to raise a capable, independent human bean :)

What is a Chill Wrap and where can I get one? I am USELESS in the heat and there are days when having something to help keep my core cool would go a long way towards sanity.

It is a chilly pad made by Frogg Toggs. We got it on Amazon for $13.08, free shipping! Definitely worth it!

Her hair is getting so long! She is as beautiful as she is tough! WTG, Kaytar!

She is so happy and so stinkin cute. She has a great momma for thinking ahead on everything!!